When taken as prescribed, the risk for addiction remains relatively low. When used for recreational purposes, users must contend with frequent withdrawal symptoms that result from ongoing abuse.

Withdrawal symptoms develop as the brain and body become increasingly dependent on the effects of the drug. Rather than level out, withdrawal symptoms grow progressively worse in intensity for as long as a person continues to abuse Adderall. 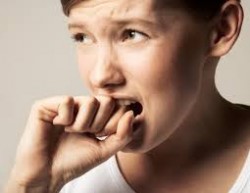 Here are 10 Adderall addiction withdrawal symptoms that are fairly easy to spot in someone who abuses the drug.

Since the central nervous system regulates appetite and digestive processes, Adderall abuse decreases a person’s desire for food. During detox or when attempting to reduce dosage amounts, users will experience an increase in appetite.

The chemical imbalances caused by Adderall withdrawal affect the brain’s movement and coordination centers. In effect, users lose a degree of control over their motor functions in the process.

Stimulant drugs are designed to speed up the body’s central nervous system functions. With ongoing use, Adderall’s effects eventually disrupt normal sleep centers within the brain while increasing electrical activity throughout the brain as a whole.

The brain develops a physical dependency on Adderall effects. This dependency leaves the brain unable to function normally without the effects of the drug. Drug cravings result when needed dosage amounts of the drug are lacking.

Whether detoxing or in need of a “fix,” irritability is a common Adderall addiction withdrawal symptom. The longer a person uses the more frequent and intense irritability symptoms will become.

Any drug capable of disrupting brain chemical functions will inevitably impair a person’s ability to think and reason. Confusion results from Adderall’s effects on neurotransmitter chemicals that influence cognitive functions within the brain.