Recognizing the Stages of Alcoholism

As of 2012, the National Institute on Alcohol Abuse and Alcoholism reported an estimated 17 million people had an alcohol use disorder (AUD) involving alcoholism or alcohol abuse but only an estimated 15 percent of them ever sought treatment. Each year, nearly 80,000 people die from alcohol-related causes in the U.S, and it is the third leading cause of preventable deaths. Recognizing the Stages of Alcoholism requires an understanding of how the disease presents itself.

The most commonly accepted alcoholism theory, the Disease Model, is based on the idea that alcoholism is a disease with recognizable symptoms, causes, and methods of treatment. It also recognizes 5 stages of alcoholism versus the other theories which recognize the traditional 3 stages of early, middle, and late. Medical professionals have adopted the Disease Model Theory which recognizes two additional stages, treatment and relapse, as part of the disease.

In the early or adaptive stage of alcoholism increased tolerance to alcohol and physical adaptations in the body are difficult to detect. This occurs when the alcoholic has the ability to consume greater quantities of alcohol, without appearing intoxicated or suffering hangovers and other apparently ill effects. There may be little or no perceived changes, at this point, indicating alcoholism. 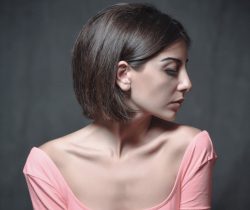 At the middle stage, an alcoholic will need to drink to avoid withdrawal symptoms.

The middle stage of alcoholism is marked by physical dependence. Previously, the alcoholic drank for pleasure. Now, the increased tolerance that developed in the early stage has accustomed the body to certain amounts of alcohol, that, without consuming, the body suffers withdrawal symptoms such as nausea, sweating, irritability or tremors. Alcohol is needed to function and prevent withdrawal symptoms. Cravings become uncontrollable and the ability to limit the drinking to socially acceptable times, patterns, or places is lost. The alcoholic can no longer drink as much alcohol without intoxication, but, they continue to drink in spite of any ill effects. Blackouts may occur, meaning, the alcoholic continues to function without memory of the episodes. During this stage, the alcoholic may be unpredictable in attendance or work performance, showing behavioral problems, and inability to concentrate.

The late stage of alcoholism is also known as the deterioration or final stage. There are evident signs of deterioration to the alcoholic’s body because of alcohol’s toxic effects on their system. The alcoholic may be drinking constantly, destitute, mentally confused, or extremely ill. Physically and psychologically, the alcoholic is very unstable and unlike the middle stage, where the alcoholic is, unknowingly, physically dependent on alcohol, the alcoholic is now aware and drinks to prevent withdrawals, while denying that issues exist. They may become irrational or deluded and are unable to understand what is happening.

An alcoholic rarely stops drinking and stays sober without outside help. It usually takes some kind of consequence or outside pressure from family, friends, employer, health care professionals, judicial authority, or clergy to prompt the alcoholic to quit drinking and seek help. Their chances of success are increased with support, but, many times the damage is irreparable. Most alcoholics require some type of treatment in order to quit drinking and maintain sobriety.

An alcoholic’s recovery is never ending and relapse can occur due to a variety of factors. Effective treatment programs include relapse prevention activities, follow-up support and education that will enable the alcoholic to successfully maintain sobriety.

Alcoholism can be fatal. If you know of anyone who suffers from the effects help is available through a variety of treatment programs.