Anyone who’s used cocaine for a while has likely experienced the highs and lows brought on by the drug’s effects. While cocaine does produce intense “highs,” the experience only lasts for a short time at which point more is needed to maintain the desired effect. Herein lies the addiction trap.

Cocaine overpowers brain chemical functions to the point where the brain loses its ability to regulate essential processes. For this reason, cocaine side effects tend to develop early on for people who use the drug regularly.

Like most stimulants, cocaine affects heart, respiratory and cognitive functions. As a powerful stimulant drug, users place themselves at risk of developing dangerous cocaine side effects regardless of how long they’ve been using the drug.

While some cocaine side effects may not seem dangerous at first glance, each successive dose brings a person that much closer to the dark side of cocaine.

According to Bryn Mawr College, cocaine’s effects on the brain create widespread dysfunction, as the drug forces brain cells to secrete large amounts of neurotransmitter chemicals. Over time, users enter into a state of psychological imbalance that takes the form of:

These combined effects make it difficult for users to control their impulses. Cocaine side effects can drive a normally calm person to engage in violent outbursts, unusual risk-taking and aggressive behaviors on a regular basis. 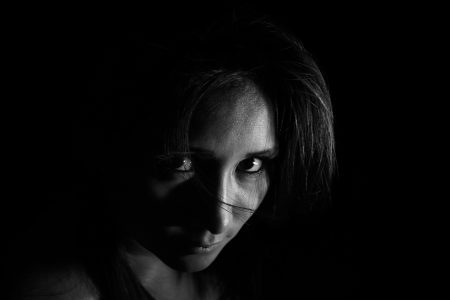 The short-lived “highs” afforded by cocaine sets the stage for bingeing behaviors to develop. Bingeing behaviors entail ingesting large doses of cocaine in rapid succession in order to maintain the “high” effect.

Bingeing episodes leave the brain and body in a state of exhaustion to the point where a person may sleep for days thereafter. This dangerous cocaine side effect also places a tremendous strain on bodily processes that can easily bring on catastrophic results.

Heart-related cocaine side effects take the form of:

These conditions place users at an extraordinarily high risk of stroke and heart attack.

As of the very first dose, cocaine exerts a tremendous toll on brain cell sites. Through overuse, brain cells grow weaker and less sensitive to cocaine’s effects over time.

This cocaine side effect sees users ingesting increasingly larger doses in order to experience the same desired effects. Within a short period of time, compulsive-drug using behaviors start to take over a person’s life.

Unlike other commonly abused drugs, both short-term and long-time users can overdose on cocaine at any given time. This is especially the case when combining cocaine and alcohol use.

Cocaine and alcohol tend to reinforce one another’s effects in the body. When combined, users can also consume larger amounts of alcohol, which further increases the risk for overdose. As one of the most serious cocaine side effects, this one in particular can place even first-time users at risk.