Cocaine is a potentially deadly substance that can cause an array of consequences in the user’s life. Repeat use is responsible for the development of tolerance and an increased risk of dependence which later requires professional treatment. People who abuse cocaine often have a false sense of confidence which can lead to erratic behaviors, injuries and possible death.

One of the greatest dangers of cocaine addiction is the risk associated with overdose or untimely death. Additional consequences are also likely when an individual abuses this drug including:

According to the United States Department of Justice, a number of potentially serious side effects mostly related to heart damage are likely in people who regularly abuse cocaine by smoking, snorting or consuming the drug. 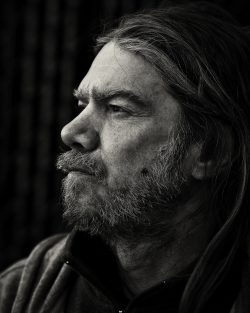 Cocaine addiction often leads to loss of employment and homelessness.

Cocaine addiction can result in great financial loss on all angles. Users often spend extensive amounts of money on the drug and will wipe out their life savings, bill money and assets in an effort to keep the high going. Financial loss is also likely to result from missed work or a loss of productivity that occurs when the user is high. The money that is lost causes a number of additional consequences in the user’s life including:

Cocaine addiction negatively affects more than just the user; family members and loved ones are also affected by the addict’s decisions to use. This drug is often toted as the sole breaking point for families. Cocaine addiction can lead to destructive decision making, a lack of responsibility in relationships, fighting and other serious tragedy for family members. Everyone is affected by a loved one’s decision to abuse this drug.

Cocaine addiction may be responsible for the demise of an individual’s psychological well-being. Users often experience great bouts of paranoia and anxiety that is difficult to control. In an individual who already suffered from anxiety or depression, cocaine addiction can escalate problems leading to irrational behaviors, suicidal thoughts and tendencies and other serious consequences. Often times, users are unable to every full recover from the use of this drug and many require long term, or lifelong, psychological treatment following their decision to quit using.