With ongoing use, symptoms of crack addiction gradually start to take over a person’s life as extreme paranoia, violent behaviors, depression and diminished mental capacity gradually steal away his or her sense of self and well being. 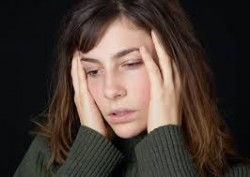 Snorting cocaine delivers the full effects of the drug within 15 to 30 minutes. As crack exists as a cooked form of cocaine, it’s consequently more concentrated than its predecessor, according to the University of Maryland.

Users typically smoke crack, the finished product, in rock form, which delivers the full effects of the drug almost instantaneously. While cocaine addictions can develop fairly quickly with regular use, a person can become addicted to crack as of the first time using the drug.

Paranoia, a psychological symptom of crack addiction, develops as the drug works to deteriorate brain regions responsible regulating reasoning and emotions. Early on, symptoms of paranoia appear as undue suspiciousness, which grows more intense or severe the longer a person keeps using.

As dopamine and serotonin play central roles in helping regulate a person’s sense of contentment and well-being, depression symptoms of crack addiction soon develop with ongoing use. These symptoms occur with greater frequency and become more intense the longer a person continues to use.

As a central nervous system stimulant drug, crack’s “speed-like” effects eventually burnout essential brain functions with ongoing use. After a while, users become unable to inhibit aggressive impulses, which greatly increase their propensity for violence, according to the U. S. National Library of Medicine.

In this state, symptoms of crack addiction take the form of violent behavior displays. In effect, unexpected movements or even laughter from others is perceived as hostile in intent.

Long-term brain chemical imbalances not only disrupt normal brain functions, but also lead to gradual deterioration of brain structures. For this reason, symptom of crack addiction can lead to permanent damage in some people, especially within the cognitive centers of the brain.

Cognitive deficits may take the form of:

As crack’s effects start to take over essential brain processes, compulsive drug-seeking and drug-using behaviors gradually take over a person’s daily routines. At this point, symptoms of crack addiction start to interfere with a person’s ability to function in everyday life.

Lifestyle symptoms may take the form of:

Someone exhibiting lifestyle symptoms has entered into a full-fledged addiction from which there’s no turning back unless he or she gets needed treatment help.