The majority of drugs effect a person both mentally and physically and because of the intense and strong hold that drugs have on a person, an inpatient or outpatient drug rehab may be the best option for a person to choose when they decide to get rid of their drug or alcohol addiction.

According to www.drugfree.org, nearly 24 million Americans are addicted to drugs or alcohol, which means approximately one out of ten people suffer from an alcohol or drug addiction. The use of drugs has increased throughout the years and more and more youth are having access to drugs and beginning to use them.

Although alcohol is a legal substance it can become highly addictive to some people causing severe health consequences in their future, including liver failure. It has been shown that 90% of people have tried alcohol in their lifetime and only around ten percent of people who have an alcohol addiction get help for it.

Both alcohol and drugs can significantly impact a person’s life and slowly destroy it. Many people who become addicted to drugs will spend the majority of their money on drugs which can lead to financial hardships. In addition, many people who suffer from a drug or alcohol addiction begin to destroy their friendships and relationships which can lead to stronger drug usage and depression.

Which is better Inpatient or Outpatient Drug Rehab? 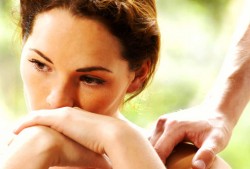 Inpatient and outpatient drug rehab programs have the same goal in mind, your recovery!

When a person decides to come clean off of their addiction they may opt for admitting themselves into a rehab program. Choosing a drug rehab that meets their needs may be a difficult task on its own, but first they need to decide if they want to go to an inpatient or outpatient drug rehab. The best choice will depend on the person’s lifestyle and drug dependency. For example a person who has been using drugs for years and has a very high dependency on a drug that will cause strong withdrawal symptoms may want to go to an inpatient drug rehab because they may need to be monitored 24/7 to help them get through their withdrawal symptoms.

On the other hand a person who has less of a dependency on a drug that will show minimal withdrawal symptoms may want to choose an outpatient center so that the can go home at night. In addition, a person who cannot afford time away from work or family may choose to go to an outpatient drug rehab so that the rehab will not interfere with their life. There is also the matter of money for the rehab. Inpatient drug rehabs are typically more expensive due to the fact that they provide room and board for their patients, whereas outpatient drug rehabs are not as expensive.