Types of Treatment in Ecstasy Rehab

Studies show that those who abuse ecstasy repeatedly are likely to suffer extreme depression and sadness when they quit using the drug. For many, the only way to fully overcome this depression and get back in control of a regular lifestyle is to seek professional treatment for the aftermath of the addiction and the trouble that it has caused. There are many different types of treatment offered in Ecstasy rehab; each is available to make the process of getting sober and staying clean more attainable for the average user.

There are no FDA approved medications that are said to completely heal an individual who is addicted or was addicted to ecstasy but there are medications that can help make the process of detoxification and recovery a little bit easier to cope with. For instance, if a user is depressed, anti-depression medications may work to alleviate the depression to some extent. If anxiety is a problem, Xanax or Valium may be prescribed to reduce the tension and provide a more stable mindset by which the recovering addict can be more focused on getting sober. 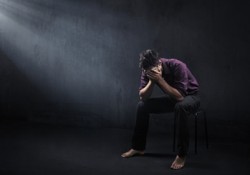 Behavioral therapy makes up a majority of the treatment offered in Ecstasy rehab. Many different types of behavioral therapy are offered including Cognitive Behavior Therapy which works by providing the user with the education and tools necessary to recognize the thoughts or attitudes that lead them into the temptation of using ecstasy and then to change the behavioral response that they have to such drug abuse. This method of treatment is very commonly used in rehab centers for a wide range of drug addictions.

Ecstasy affects the way that the brain responds to rewards by limiting the production of serotonin which actually makes the user no longer feel “happy” or “content” when he or she is rewarded naturally. The result is a deep depression that is difficult to cope with, dangerous for the user and challenging to treat. Motivational rewards provide the user with various rewards such as gift cards, monetary incentives or gifts that are likely to be inspiring to them. These rewards are offered when the recovering addict reaches various goals such as a set number of days sober, a particular milestone in counseling or some other goal in recovery.

Counseling and psychotherapy are the foundation for every type of drug addiction treatment. For those who suffer from ecstasy addiction, psychotherapy focuses heavily on the restoration of happiness and contentment without the use of drugs. This process can be challenging for the treatment professional as chemical changes in the composition of the brain’s structure can make it difficult for the user to feel good about much of anything but in time the brain will return to normal and the user will begin to feel better. 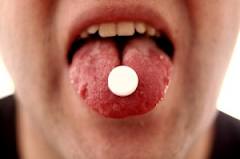 You can find help for your ecstasy addiction!

The National Institute on Drug Abuse describes ecstasy as a synthetic, psychoactive drug comparable to amphetamines and the hallucinogen, mescaline. As a psychoactive drug, ecstasy easily crosses the blood-brain barrier and alters central nervous system functions. Long-time ecstasy users see the damaging effects of the drug in their lives as well as in themselves.

As with most every addictive drug, the more a person uses ecstasy the more the body requires to achieve the same desired effects. Meanwhile, brain functions start to rely on the ecstasy effects to function while cravings grow stronger and stronger. In the event a person stops using, or there’s a lapse between doses, the withdrawal effects experienced can get quite severe. Some of the most common withdrawal effects encountered in ecstasy rehab facilities include:

Also at issue, are the additives used in the making of ecstasy. As ecstasy is one of many “street drugs,” drug batches may be diluted with any number of other stimulant substances, each of which can cause their own set of withdrawal effects.

The severe withdrawal effects from ecstasy account for why so many users relapse when trying to quit the drug. Ecstasy rehab programs are well equipped to help recovering addicts make it through the detoxification process and continue on in recovery. To help ease withdrawal effects, ecstasy rehab programs offer medication therapy as a means to relieve the uncomfortable symptoms a person experiences.

As ongoing cravings for the drug will continue to persist, ecstasy rehab programs help recovering addicts better understand the source of these cravings through psychotherapy treatment. Psychotherapy enables a person to develop the coping skills needed to redirect drug cravings towards more productive life pursuits.

For people who’ve used ecstasy for a long time, the effects of the drug can cause considerable damage to the brain’s cognitive processes leaving a person unable to think clearly or remember things. In these cases, aftercare services may include additional treatment to help a person learn ways to improve and restore their memory and thinking abilities.