Coping with the Aftermath of Heroin Addiction

According to the National Institute of Drug Abuse, medication treatments tend to be more effective when heroin rehab is sought during the early stages of addiction rather than later on. Depending on a person’s overall health status, heroin rehab centers typically use one of two treatment medications: methadone and buprenorphine. Combined with ongoing therapy and group support, recovering addicts have a better chance of staying in recovery.

As a central nervous system depressant, heroin creates an overall “downer” effect that blocks off pain sensations from the brain and slows down body processes in general. Much like its predecessor morphine, heroin naturally binds with brain receptor cells and gradually proceeds to take over brain functions the longer a person uses. 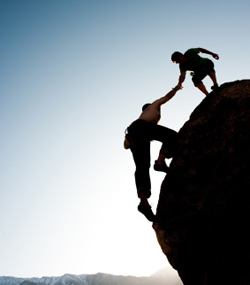 Substitution medications can help you stop using heroin – you can do it!

When stopping heroin, users experience a range of uncomfortable withdrawal effects that drive most people right back to using the drug again. The most common side effects associated with heroin abuse include:

While the worst of these effects subsides within a week or so from the last dose, many recovering addicts still experience feelings of overall all “dis-ease,” fatigue and muted emotions after years in recovery. Heroin rehab medication treatments help eliminate or reduce the likelihood of relapse by relieving some of the symptoms a person experiences.

The potential for relapse and overdose pose serious risks to someone who hasn’t used in a while as heroin can easily shock a person’s system to the point where respiratory failure occurs.

Methadone has been used as a heroin rehab treatment medication for over 30 years. Methadone works by imitating the effects of heroin in the body, which helps to reduce a person’s cravings for heroin. Even though methadone falls within the same narcotic drug classification as heroin, no intoxicating or sedating effects result from taking the drug. This medication treatment can be taken in pill form or as an injection.

The effects of methadone last four to six times longer than heroin so a person only needs to take it once a day to ward off cravings. As part of heroin rehab treatment, methadone makes it easier for recovering addicts to remain in recovery on a long-term basis.

For some people, methadone treatment doesn’t work well for reducing heroin cravings. When this is the case, a person may be placed on buprenorphine instead. As a heroin rehab medication treatment, buprenorphine works in much the same way as methadone by mimicking the drug effects of heroin. Buprenorphine also carries a lower risk of physical dependence, which makes it easier for people to come off the treatment without experiencing side effects.

Buprenorphine is prescribed under two brand names, Subutex and Suboxone. Suboxone contains buprenorphine with an added naloxone ingredient that nullifies the effects of heroin in the event a person relapses. Subutex contains only buprenorphine, which is best suited for people who’ve maintained abstinence for long periods.