Hydrocodone, also known by the brand names Vicodin, Lortab and Lorcet-HD, falls under the opiate drug class category. Like most other opiate drugs, hydrocodone carries a high addictive potential. In prescription form, both hydrocodone and acetaminophen combine to produce powerful pain-relieving effects.

While acetaminophen by itself carries no addictive properties, the combination of the two drugs enhances hydrocodone’s effects considerably. As dosage amounts for hydrocodone and acetaminophen can vary depending on how the drug is formulated, dosage levels ultimately determine the drug’s addictive potential.

According to the U. S. National Library of Medicine, pure hydrocodone carries strong addictive properties, which places it in the Schedule II narcotic class of controlled substance. Drugs in the Schedule II class serve medicinal purposes but still carry a high risk for addiction.

Typically used to treat conditions involving moderate to severe pain, recreational hydrocodone use can nonetheless open up a world of trouble. Even when taken as prescribed, the potential for addiction remains. With ongoing use, symptoms of hydrocodone addiction become painfully apparent to onlookers, though less so to those using the drug.

Here are 10 hydrocodone addiction symptoms that you just can’t miss:

While it should go without saying, anyone who’s experienced an overdose episode most definitely has an addiction problem. Users who assume an overdose resulted from a “bad batch” of the drug are in for serious trouble down the road.

The longer a person uses hydrocodone the less likely he or she will be concerned with dosage amounts or frequency of use. 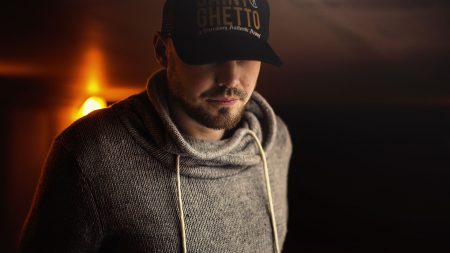 A hydrocodone addict will often appear lethargic and fatigued.

Hydrocodone’s sedating effects inevitably impair the area of the brain that regulates motor functions. Driving a car or operating any type of machinery becomes difficult as well as dangerous.

Hydrocodone abuse will eventually turn into a physical dependency followed by a full-blown addiction. As addiction takes hold, compulsive drug-seeking behaviors take up more and more of a person’s time.

Addiction, in any form, has a way of driving users to take risks they wouldn’t normally take. In effect, negative consequences quickly take a back seat to getting and using more hydrocodone.

Hydrocodone’s sedating effects extend to any processes regulated by the body’s central nervous system. As a result, digestive problems, such as nausea, constipation and appetite loss develop over time.

As hydrocodone’s sedating effects become more prominent, energy levels will drop accordingly. The drug’s effects will leave a person in an continual state of lethargy and fatigue.

Body temperature regulation is yet another function of the central nervous system. With ongoing hydrocodone use, a person will likely start to experience chills, cold sweats and hot flashes.

After so many weeks or months of experiencing hydrocodone’s effects, a psychological dependence will start to take root. At this point, a person believes the drug helps them cope with everyday life.