While a marijuana addiction may seem to pale in comparison to heroin, cocaine or methamphetamine addictions, the destructive effects of long-term marijuana abuse can be just as damaging to a person’s well-being. According to the National Institute on Drug Abuse, 29 million Americans reported abusing marijuana in 2009. This number results from a steady yearly increase in marijuana use since 2002.

If you or someone you know has growing concerns over the effects of marijuana on your health, relationships and/or job, it may be time to look into marijuana rehab treatment before things go from bad to worse. Marijuana rehab programs specialize in treating the addiction along with whatever underlying issues drive a person to use. 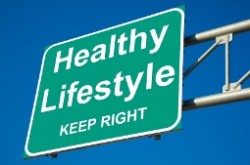 While marijuana can be prescribed for medicinal purposes, the majority of people who smoke the drug do so for recreational purposes. Marijuana is known to produce certain pleasurable effects, such as relaxation, lowered inhibitions, sexual arousal and even bring on hallucinatory states. Other effects from marijuana include:

Problems with marijuana use tend to come about when a person uses on an ongoing basis. Its effects can cause considerable problems when used on the job, behind the wheel of car or just walking down the street in a busy area. Marijuana’s effects can also work to damage close or personal relationships as well as impair a person’s judgment and decision making abilities.

When a person reaches the point of having to use the drug to make it through the day, this is a clear sign that marijuana rehab treatment is needed. By this point, stopping the drug will bring on fairly uncomfortable withdrawal effects, such as anxiety, problems sleeping and aggression. Part of the marijuana rehab process entails helping a person make it through the withdrawal process, which is essential to overcoming an addiction.

Unlike treatment programs for heroin addictions, marijuana rehab doesn’t administer medication therapy as part of the treatment process. Since the withdrawal effects from marijuana are relatively mild compared to other drugs, treatment approaches used in marijuana rehab focus more on the social, psychological and behavioral issues that drive a person to use. This entails ongoing talk therapy sessions designed to help a person resolve underlying issues and symptoms related to his or her marijuana addiction.

For some people, underlying conditions, such as depression, anxiety and bipolar disorders may be the driving influences behind a person’s addiction to marijuana. People affected by these conditions while using often require inpatient care since these types of disorders tend to increase the likelihood of addiction. Marijuana rehab inpatient programs provide the types of treatment and monitoring necessary to get an addiction under control while treating a concurring disorder.