Morphine rehabs are available for people who have become addicted to the powerful painkiller. Morphine addiction can affect people psychologically, behaviorally and physically causing many problems to occur in a person’s life. In addition, the withdrawal symptoms from morphine can be painful for a person to go through alone which is why morphine rehabs are available to provide a person with all of the resources they need to help them triumph their addiction. Any person who has formed a morphine addiction or has begun to crave the drug daily should get help from a morphine rehab.

Morphine is one of the strongest painkillers and also has a high addiction probability as well as a high dependency probability for those people who use the drug consistently. Once a person becomes addicted to morphine they will most likely begin to use the drug more and more.

According to www.ch.ic.ac.uk, morphine blocks deep aching pain and one side effect of the analgesic action is that the user often gets a feeling of detachment from the world, along with euphoria and sometimes pleasure. This is what makes morphine, and the other drugs related to morphine, such as heroin, pleasurable to those who use it.  However morphine is highly addictive, and the body rapidly gets acclimatized to its use, such that increasingly large dosages are required for the same effect. 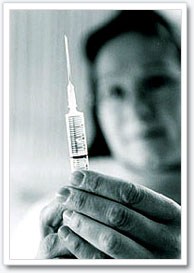 Morphine is very addictive, and its misuse can be damaging to your health and well-being.

Morphine rehab will provide an individual with an abundance of resources, all in one location, that will help them to get through their morphine detox and help them to overcome their addiction all together.

Morphine rehab will have doctors that are available to help a person get through the difficulties of the withdrawals symptoms once they begin to detox from the drug. In addition, most rehabs will provide a person with medication to lessen the withdrawal symptoms so that a person will not have to go through all the pain from the withdrawal

Morphine rehabs will also create a safe and friendly environment for people to live in or go to so that they can be in a place that is completely drug free. Morphine rehab will provide a place for an individual to openly talk about their feelings and be able to speak with other people who are going through the same difficulties by offering group therapy sessions and support. In addition, at an inpatient rehab, patients will have access to staff and professionals 24/7 and they will always have a person available to assist them with any problem they are having.