Is Detox Necessary Before Oxycontin Rehab?

Oxycontin is one of the strongest prescription painkillers available and the effects of the drug last longer than most other painkillers. According to the Center for Substance Abuse Research, the effects of Oxycontin can last up to twelve hours making it the longest acting oxycodone medication that is orally administered.

Oxycontin is an opioid that mimics the effects of morphine causing a person to feel sedated and pain free while producing a euphoric feeling to form throughout a person’s body. People who abuse Oxycontin tend to form addictions to the drug rapidly and once a person has become addicted to the drug, the drug tends to overrule a person’s life by becoming their top priority.

People who form addictions to Oxycontin tend to destroy areas of importance in their life such as jobs and relationships. Furthermore, many people who are addicted to Oxycontin will take up criminal acts such as stealing, which can cause a person to develop a criminal history and destroy their reputation. 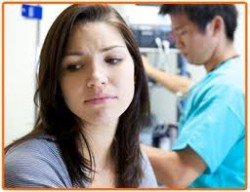 Detoxing at a treatment center is much safer than an unsupervised detox.

Since Oxycontin’s effect on a person will be both psychological and physical a person detoxing from the drug will have both physical and psychological withdrawal symptoms, which can be extremely difficult and painful for a person to go through on their own. Withdrawals from Oxycontin typically include, excessive vomiting, muscle aches, cold sweats, tremors, diarrhea, runny nose, insomnia, anxiety, depression, mood swings and consistent irritability.

An Oxycontin rehab, whether inpatient or outpatient, will provide a person with the support, education, and resources they will need to help them triumph their addiction and regain control in their life. Oxycontin rehab will address both the physical and psychological problems the drug has caused a person and provide a person with the knowledge and care they need to live a drug free life.