Oxycontin addiction affects thousands of unsuspecting users. In fact, even people who are prescribed the drug to treat legitimate pain are at risk of becoming physically dependent and requiring further treatment in order to feel better. Some of the symptoms of Oxycontin addiction are relatively hard to miss such as:

As tolerance develops the user will require more of the drug in order to produce the same pain relieving or euphoric effects. In time, it may seem like no matter how much Oxycontin is used the effects are just never the same.

When Oxycontin is not being used, the individual will feel sick or otherwise uncomfortable. Withdrawal symptoms can range from mild to severe and may cause serious discomfort and disruptions in the individual’s life. 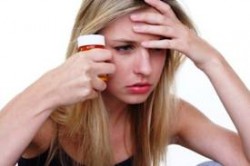 Losing control of your use of OxyContin is a sure sign of addiction.

People who are addicted lose control over their drug use. They may say the will quit or cut back and they may even make promises to change but the drug use continues to interfere and to control their decision making and behaviors.

Many different relationship problems can arise as a result of Oxycontin addiction. The user will often pin blame on others and he or she will likely argue with loved ones over the drug use and other factors affecting their lives such as work, school or home responsibilities.

Denial is a very common symptom of Oxycontin addiction. The user will deny that there is a problem and he or she may downplay the drug use in an effort to “sugar coat” the situation and make it more acceptable than it really is.

Money is spent on drugs when it should be spent on bills. The user may borrow excessive amounts of money to fuel their habit or they may resort to desperate measures such as stealing in order to get money for the drugs that they think they need.

Often times, people who are addicted to oxycontin find themselves in trouble with the law. Various legal problems can arise as a result of the addiction including DUI, disorderly intoxication, possession of controlled substance or other serious problems.

Oxycontin addiction will cause the user to have extreme cravings. The cravings will be strong and may prevent the individual from thinking rationally or from thinking about anything but using drugs.

One of the symptoms of Oxycontin addiction that some people overlook or attribute to another problem is the distinct changes that take place in the physical appearance of the user. He or she may not shower regularly, they often choose not to worry about personal hygiene and they may wear long sleeves all the time to cover up track marks.

Most of the time, people who are addicted to a drug such as Oxycontin actually want to quit but they can’t do it on their own. This is one of the most common symptoms of addiction – a desire to quit using plagued by strong cravings and withdrawal symptoms that prevent the user from getting his or her way.