10 Signs Percocet Rehab is Right for You

Many people may view prescription drugs as, for the most part, safe to use as they see fit. While legal, these drugs still pose a considerable risk for abuse and addiction. Percocet, commonly prescribed to treat conditions involving moderate to severe short-term pain, carries a particularly high addiction risk when used for recreational purposes.

This risk for addiction also exists in cases where a person takes the drug as prescribed. Not surprisingly, Percocet rehab programs see an equal assortment of both recreational and non-recreational users.

According to the Drug Enforcement Administration, Percocet contains oxycodone, – a Schedule II opiate narcotic and acetaminophen, an over-the-counter analgesic. As a Schedule II class opiate, oxycodone affects brain chemical processes in much the same way as heroin and morphine. Combining acetaminophen with oxycodone works to enhance Percocet’s overall analgesic effects. 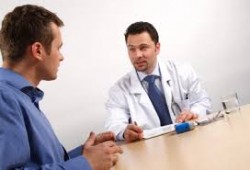 Getting rehab for Percocets can greatly, positively change your life.

Here are 10 signs Percocet rehab is right for you:

Over time, Percocet use creates an ever increasing state of emotional instability. Bouts of anxiety and even panic attacks can develop.

Like all opiate-based narcotics, Percocet works by slowing down central nervous system (CNS) processes. With continued use, brain centers regulating digestion processes start to falter. This leaves addicted users feeling nauseous for much of the time.

People addicted to Percocet eventually start to neglect important relationships with family and friends. The addict’s growing preoccupation with using takes precedence over the feelings of others. Not surprisingly, friends and family are often the first to suggest a person enter Percocet rehab.

As a natural outcome of Percocet addiction, users start to neglect everyday responsibilities involving work and home life. It’s at this point where many addicts start to consider getting needed Percocet rehab help.

Percocet users will experience increasingly slower breathing rates from the drug’s effects on respiratory processes. This is one of the more dangerous signs of addiction as users may eventually experience respiratory failure.

Also known as “nodding out,” long-term Percocet users reach a point where brief lapses in consciousness become a common occurrence.

A sedated central nervous system inevitably slows down metabolism functions as well as energy production processes inside the cells. As a result, Percocet users experience low energy levels and an overall sense of fatigue on a regular basis.