Prescription drug addiction happens to people from all walks of life. It is a development of dependency on prescription drugs where the person compulsively seeks to use them, despite any adverse or negative consequences. Medications, when properly used as prescribed, can be effective, but many are highly addictive, have high potentials for abuse, and can cause adverse medical consequences including overdose and death.

The abuse of prescription drugs has reached epidemic proportions and whether the addiction came as a result of legitimately using the drugs or as a result of recreational and illicit use, there seems to be no end to the harm that these drugs can cause. According to the United Nations Office on Drugs and Crime, “in the USA, at least 23% of drug-related emergency department admissions and 20.4% of all single drug-related emergency department deaths are due to the non-medical use of prescription drugs.” 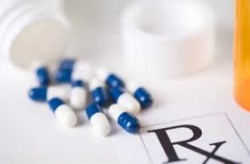 Prescription drug addictions develop out of repeated use of certain medications.

No one says, I want to be an addict, but throughout the world, people are using more prescription drugs for pain, for mental health issues, as sedatives, or stimulants to improve or to enhance their lives. The alluring effects of some prescription drugs are so strong that people will commit dangerous or unwanted acts to pursue and obtain them. Because of the vast amount of prescriptions written annually, and their diversions to the street, people have an increased access to these drugs even when a legal prescription is unavailable to them.

Prescription drug addictions can happen quickly because most have an effect that rewards the individual in some way that makes them feel good or better. Many prescription drugs work on neurotransmitters in the brain and cause a reaction to the central nervous system which determines how we think, feel, or act. Upon repeated use, our brains and bodies become accustomed to these changes and rely on the drugs to function. This is known as dependency and it affects the addict physically as well as psychologically. Without the drugs the body goes into shock and the addict experiences withdrawals. The withdrawals can be unpleasant symptoms resembling the flu or they can be severe and cause serious health problems such as respiratory failures, organ failures, seizures, coma, or death.

Once a person realizes that they are subject to withdrawal symptoms, they will do just about anything to avoid them. This is where Prescription Drug Addiction is at its worse. The person becomes obsessed with using the drug and fearful of running out. They need more of the drug to get the same effects and they must use again in order to “get well”.