Crack cocaine, a cheaper version of cocaine powder, carries a high risk for abuse and addiction. According to the National Institute on Drug Abuse, 2008 saw as many as 1.9 million people using cocaine, of which 359,000 used crack cocaine on a frequent basis.

While powder cocaine exists as the purest form of the substance, crack cocaine, a crystallized form, produces a more intense high that’s shorter in duration. In effect, crack cocaine abuse places users at higher risk of serious physical and psychological consequences than its predecessor.

With ongoing use, the brain becomes accustomed to crack’s effects, which works to perpetuate the crack cocaine abuse cycle. Over time, consequences of crack cocaine abuse develop gradually as the drug’s damaging effects weaken brain and body functions. 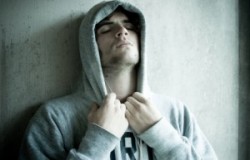 Crack abuse can lead to addiction and a host of related problems.

A “cooking” process changes powder cocaine into the crystallized, rock-like form known as crack. The name crack comes from the crackling sound crack makes when smoked.

For comparison purposes, snorting cocaine delivers a less intense high that can last for up to a couple hours. When smoked as crack, the substance reaches the brain almost immediately, delivering an incredibly intense high that lasts for 15 to 30 minutes.

According t o the University of Maryland, addiction to crack can happen as of a person’s first time trying it. In general, the most addictive drugs deliver the most intense and short-lived effects. With crack cocaine abuse, these characteristics place users at an extremely high risk of addiction.

The most serious consequence of crack cocaine abuse takes place inside a person’s brain. Crack’s effects cause unusually large amounts of dopamine neurotransmitter chemicals to flood the brain.

In the process, excess amounts of dopamine offset other vital neurotransmitter chemical levels, such as norepinephrine and serotonin. Since normal brain function relies on a delicate chemical equilibrium, the effects of crack inevitably throw off most every brain and bodily function.

With continued use, brain chemical imbalances develop to the point where users need repeated doses of the drug to function normally. Ongoing crack cocaine abuse causes further damage to develop as the brain becomes increasingly dependent on the drug’s effects. Throughout this process, brain tolerance levels continue to rise as cells become less sensitive and so require larger and more frequent doses.

Withdrawal episodes result from the brain’s inability to regulate normal bodily processes. As chemical imbalances worsen, users start to experience withdrawal effects on a more frequent basis with symptoms growing in intensity with each passing episode.

Like cocaine, chronic crack cocaine abuse can cause permanent damage to vital brain regions. Users eventually start to display serious signs of psychological dysfunction in the form of:

While the consequences of ongoing crack use closely resemble those of cocaine, the effects of crack work much faster and can destroy a person’s life in no time.