During the alcohol detox process, the five most commonly treated withdrawal symptoms are: 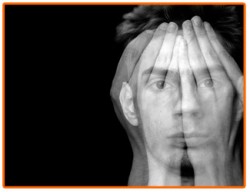 Alcohol withdrawal can cause psychosis and hallucinations. Get medical help for your detox!

Agitation symptoms take the form of tremors, problems sleeping and diminished appetite. The first step within the alcohol detox treatment process involves calming the person down by reducing symptoms of agitation. Doctors usually prescribe anti-anxiety medications, such as benzodiazepines. Benzodiazepines help to reduce excitatory neurotransmitter activity in the brain.

The most commonly used anti-anxiety medications include:

Alcohol-induced seizures, also known as generalized tonic-clonic seizures are another dangerous alcohol detox withdrawal symptom. According to the American Family Physician site, alcohol-induced seizures differ from other types of seizure conditions in terms of where they originate from in the brain-stem. Treatment for seizures includes IV-administered anti-anxiety medications. For people who already have a history of seizures or have an existing epilepsy disorder, treatment may require an IV-administered opiate, such as Dilantin coupled with a benzodiazepine medication.

A person may start to exhibit psychotic behaviors after entering detox treatment. Psychotic behaviors can take the form of extreme aggression, hearing voices and an overall disconnect from the real world. Anti-psychotic medications, such as Haldol are typically used as a treatment.