As one of the more popular “club drugs,” teenagers and young adults in particular are more likely to experiment with the drug’s effects. After so many ecstasy-laced parties and barhopping nights, it may be a good time to ask, “Is ecstasy addictive?”

Ecstasy produces both stimulant and hallucinogenic effects, which makes for an out of the ordinary “high” experience. As with any potentially addictive drug, the answer to, ‘is ecstasy addictive’ lies in whether or not it alters normal brain chemical functions.

For people who use the drug on a regular basis, ecstasy’s effects on the brain, as well as the body should provide all the information needed to answer the question, “is ecstasy addictive.”

The “street” name, ecstasy actually refers to the drug MDMA, or 3-4 methylenedioxymethamphetamine. As a synthetically made drug, ecstasy effects most resemble those produced by mescaline and methamphetamine, according to Indiana-Purdue University at Indianapolis. It’s synthetic origins also warrant cause for concern, as users who ask “is ecstasy addictive” may also want to consider the effects of the additive materials that go into making the drug.

While ecstasy normally comes in tablet form, crushing the tablet into a powder allows users to snort and/or inject the drug rather than just popping a pill. These practices enhance the effects of the drug, which in turn makes the question, “is ecstasy addictive” all the more pressing.

Effects on the Brain 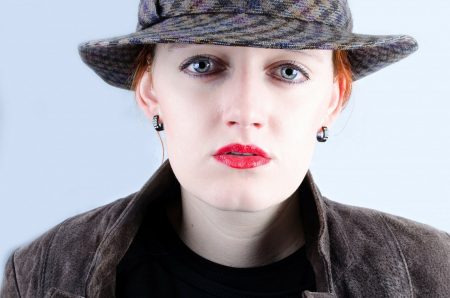 Ecstasy abuse is very dangerous, and can lead to a number of health problems.

Before ecstasy became illegal in 1985, it used to be marketed as a diet aid, according to Brown University Health Education. Once ecstasy’s effects on brain chemical processes became known, the drug was re-categorized as an illegal, controlled substance.

Is ecstasy addictive? Any drug capable of altering brain chemical functions carries a risk of addiction. In effect, once ecstasy takes over brain chemical processes, a person has to continue using ecstasy in order for brain functions to function at all.

Brain cells also become less sensitive to ecstasy’s effects, so more of the drug is needed to produce the expected “high” effects. Considering the downward spiral ecstasy abuse causes, users who ask, “is ecstasy addictive” may already be caught up in the throes of the addiction cycle.

According to the National Institute on Drug Abuse, withdrawal effects most often experienced include:

While taking more of the drug may help to alleviate withdrawal symptoms, it only worsens ecstasy’s addictive effects. Ultimately, the question, “is ecstasy addictive” becomes a resounding “yes” as users contend with the debilitating effects of the drug in their lives.