Thousands of people have used the party drug known as ecstasy. This combination of drugs that includes the main component MDMA has been widely accepted in the club scene as a mood, attitude, status and energy enhancer but it is highly dangerous and can lead to physical dependence. Most of the time, ecstasy addiction begins with a simple desire to take a drug that will make you more comfortable around others, have more energy to dance the night away at the club or otherwise have fun but prolonged use of the drug can lead to changes in the chemical composition of the brain and the way that neurons fire to promote feelings, emotions and happiness.

Once used as a mood enhancer in therapy for those in marriage counseling and still used, though under controversial circumstances, for the same type of treatment, Ecstasy is typically in the form of a small, colored pill that has a distinct stamp on it. The stamp signifies the “type” of pill such and is often where the name comes from such as “white dove” or “black widow” or “blue dolphins” etc. Much like other drugs, Ecstasy has a high potential for abuse and for causing subsequent addition.

Ecstasy is ingested orally or in some cases, the tiny pills are crushed and snorted to produce a euphoric effect. Taking the pill orally will typically lead to a resulting high which begins to appear about 30 minutes after the dose is administered but when the drug is snorted, affects take place much quicker. The drug affects the serotonin production in the brain causing an increase in production which leads to rapid firing of the neurons responsible for feeling, touch, mood, sex drive and self-confidence.

The rapid and increased stimulation that results from Ecstasy use is often comforting and acceptable to the user but in some cases, over-stimulation caused by the increased serotonin levels in the brain can lead to a range of rash and unpleasant side effects. Some of the worst effects that have been reported as a result of Ecstasy use include: 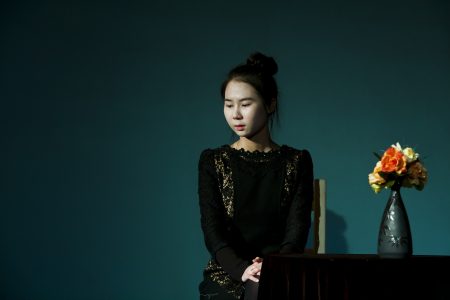 Ecstasy addiction can cause many long term effects.

Regular and prolonged use of Ecstasy has many adverse consequences. Severe problems can result from the constant overproduction of serotonin and this can lead the user to deep, deep depression. Suicidal thoughts can occur, brain damage is likely and there is an increased risk of liver and kidney damage as a result of continued Ecstasy abuse. Studies show that long term use of Ecstasy can lead to brain damage that is permanent and does not go away. Such use also results in impaired memory and similar psychological problems.

In many instances, you will not even realize an individual is an Ecstasy user until they have already been using the drug for a very long time. This is because, when the drug is not being used, there are few signs to look out for and those signs which do become evident can present similar to many signs of mental illness. Some of the signs and symptoms that you may spot in an individual who is addicted to or who is abusing Ecstasy include:

Most of these signs are only noticeable when the drug is being used or directly following use of the drug and they tend to taper off rather quickly after the drug is used. For those who abuse ecstasy only on a recreational basis, spotting these signs can be rather difficult.

What Parents Should Know about Ecstasy

Parents should talk with their teens about the dangers of Ecstasy. Though a seemingly harmless drug, use of ecstasy can lead to depression, suicide and psychosis. Treatment is available and if an addiction is spotted early on, the chances of long term brain damage can be greatly reduced. Parents should be on the look out for changes in their child’s behaviors or attitudes as well as any changes in their social groups as those who use ecstasy tend to do so with others and group together. This addiction is a dangerous disorder but early detection can lead to recovery.