It’s not likely that the debate over whether marijuana should be legal or not is going to be decided in the near future. Some people think that marijuana is an innocuous substance, and there is no reason why it should not be legal. Others believe that marijuana is a drug that should be reserved for those who are suffering from serious medical conditions, such as cancer and migraines. Another group believes that marijuana has no redeeming qualities, and it is right to keep the drug illegal.

Substance abuse professionals understand that marijuana is a powerful substance and those who use it can become addicted. The consequences of a marijuana addiction are far-reaching as it impacts every member of addicts’ families, their friends, their co-workers and what they would like to accomplish in the future. This article will help people learn more about this confusing substance so that they can make clear and informed decisions for the future.

The Ease of Obtaining Marijuana

People can devote themselves to a long-lasting marijuana habit because it is so cheap. Researchers discovered that 58.3 percent of the people who took marijuana reported that someone gave it to them without charge. This happens when someone offers them marijuana for free, or they are in a giving mood and share the marijuana they are taking with friends. 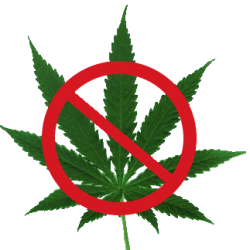 Marijuana is a powerful substance that can cause addiction.

Although some people believe that marijuana is harmless, it does have short-term side effects that people need to be aware of. Marijuana is a drug that manufacturers or dealers mix with other substances, and those who purchase it do not know exactly what has been added to it. The extra substances could be very harmful or something that the marijuana user is not expecting, and they would have no idea what was added. Some of the symptoms people have experienced are the following:

People do not need to take marijuana for several years to experience the above side effects. It’s possible that they could have a seizure, for example, the very first time they smoke their first joint, and it can lead to death.

People may hear that marijuana is not an addictive substance. People are free to believe this, but the National Institute on Drug Abuse (NIDA) is telling a different story. NIDA discovered that nine percent of those who are using marijuana are addicted to it. The institute also found that the number of addicted can reach as high as 50 percent if they have been taking the drug on a daily basis. A telltale sign that people are addicted to marijuana is the fact that they become irritable, begin to feel anxious and develop severe cravings for marijuana if they suddenly stop smoking.

Marijuana’s Side Effects after Long-Term Use

Marijuana is also known to affect the body and mind after long-term use. Those who smoke for long periods of time come down with colds more often and develop a chronic cough because of the smoke they are constantly inhaling. Marijuana has also been linked to mental illness. It only takes using the drug at least 50 times to dramatically increase the chance of developing schizophrenia.

The importance of finding help for a marijuana addiction is clear, and addicts can find this help at rehab treatment centers where they will receive counseling.