Despite the common belief that marijuana is not addictive, nothing could be further from the truth. According to a variety of research studies, approximately nine percent of people who experiment with the drug eventually become addicted. This addiction rate may not be as high as some other drugs, such as cocaine and heroin, but it is a concern nonetheless.

One of the most common marijuana withdrawal symptoms is insomnia. Shortly after stopping use, a person may find they are having a difficult time falling asleep and staying asleep.

Other withdrawal symptoms include but are not limited to:

The symptoms of withdrawal will begin to taper over time, however, some people have reported feeling the side effects for as long as several months. While the symptoms may not be as severe, they can remain a challenge to deal with.

Here are some of the most common ways to reduce discomfort associated with marijuana withdrawal: 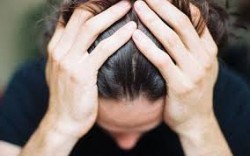 Anxiety, irritability and mood swings are some symptoms of marijuana withdrawal.

For those who fear they are unable to beat an addiction on their own, the possibility of checking into a rehab facility exists. There are many benefits of doing so, including the professional help you will receive from start to finish. Your medical team is aware of the symptoms, and will have a plan in place for helping you overcome anything that comes your way.

Note: find a rehab center that is known for successfully treating people with a marijuana addiction, as not all of them fit this mold.

Marijuana withdrawal can be a challenge, as your body has become used to the substance. If you are faced with this situation, it is best to know what you will be dealing with and how to overcome the most common symptoms.

If you ever want to live a drug free life again in the future, it is important to make it through marijuana withdrawal with success.