5 Tips for Quitting Marijuana for Good

In spite of its classification as a Schedule I narcotic, marijuana legislation has seen some fairly drastic changes over the past decade. The legalization of marijuana in two states may well mark the beginning of this drug’s accepted usage in everyday life.

Marijuana, nonetheless, has driven more than a few people to compulsive drug use. According to the National Institute on Drug Abuse, marijuana is the most commonly abused drug in the United States. As with any addictive substance, quitting marijuana takes more than a person’s sheer force of will as most people have used this drug for years by the time quitting marijuana becomes necessary.

For anyone who’s reached the point where it’s time to cut back or eliminate marijuana from their daily life, here are five tips for quitting marijuana for good. 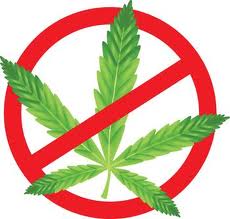 It is possible to stop smoking marijuana!

While going “cold turkey” is always an option, the damaging effects of marijuana on brain function makes this an especially difficult feat to pull off. The uncomfortable withdrawal effects associated with quitting marijuana result from the brain chemical imbalances caused by ongoing drug use.

Gradually tapering usage amounts down greatly reduces the intensity of withdrawal symptoms experienced. This in turn increases your chances of successfully breaking the body’s addiction to the drug.

While it’s not uncommon for regular smokers to develop social groups made up of marijuana users, breaking this addiction will require some distance from those who use the drug on a regular basis. Friends and family can be of great benefit in helping you follow through on quitting marijuana.

In some cases, a person will need to go outside his or her social circle to find people willing to support his or her recovery efforts. Local area 12-Step support groups can become an invaluable resource when trying to live a drug-free lifestyle.

Marijuana addiction, like all addictions, drives users to center their daily activities and routines around getting and using the drug. This means, quitting marijuana will require you to create a new drug-free lifestyle. Changing the daily routine in terms of avoiding the people, places and things where you used to engage in drug use can help keep drug cravings in check.

For most people, daily marijuana use becomes their primary source of relaxation and fun. Quitting marijuana without having something to take its place increases the likelihood a person will go back to using again. Finding new ways to relax and enjoy life is essential to overcoming the psychological hold marijuana has had in your life.

Someone who’s smoked marijuana on a regular basis for months or years will likely experience ongoing feelings of discontent or even depression long after quitting marijuana. These feelings combined with persistent drug cravings can quickly drive a person back to drug use.

By developing strategies to prevent relapse ahead of time, you’ll know what to do when various circumstances trigger old drug-using urges. Relapse prevention strategies include the things that trigger urges as well as the actions you’ll take to avoid using drugs.