Methods of Treatment for Withdrawal in Marijuana Rehab

Although marijuana rehab is not as commonly heard of as other drug related rehabs, it is present, and available to help people who have developed an addiction to marijuana. Marijuana is the most abused illegal drug in America, and although it may not be as dangerous as other drugs, it can cause numerous problems to occur in people’s lives; which is why people seek out help from rehabs to assist them with conquering their marijuana addiction. 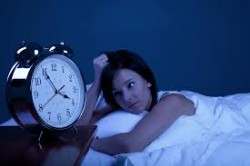 Many of the symptoms of marijuana withdrawal, such as insomnia, can be treated with behavioral therapy.

Many people who stop using marijuana experience intense cravings for the drug, which in addition to the withdrawal symptoms makes it extremely difficult for people to stay away from the drug.

Methods of Treatment for Marijuana Withdrawal

There is not a specific medication out there that helps people deal with marijuana withdrawal. Instead the majority of marijuana rehabs will use therapy sessions and may prescribe a person medication that will help them deal with the psychological effects of the drug such as anxiety and depression.

According to www.drugabuse.gov, behavioral interventions, including cognitive-behavioral therapy and motivational have proven to be effective in treating marijuana addiction. Although no medications are currently available, recent discoveries about the workings of the endocannabinoid system offer promise for the development of medications to ease withdrawal, block the intoxicating effects of marijuana, and prevent relapse.

The long term effects of marijuana can cause many health concerns despite popular belief and they do not just affect a person’s physical body but also their mentality, which can lead to problems in a person’s relationships with friends, family and coworkers.

Health concerns from marijuana usage include:

In addition, marijuana usage has been linked to mental illness. According to www.drugabuse.gov, a number of studies have shown an association between chronic marijuana use and mental illness. High doses of marijuana can produce a temporary psychotic reaction (involving hallucinations and paranoia) in some users, and using marijuana can worsen the course of illness in patients with schizophrenia. A series of large prospective studies also showed a link between marijuana use and later development of psychosis.

Marijuana rehab will help a person overcome their addiction and provide them with education, support, and resources they need to stop using the drug.