Despite the popular idea that marijuana is not an addictive substance, studies have proven that the drug can cause addiction in some individuals. Although myths surrounding the drug can make it seem harmless, the reality is that marijuana addiction is a serious problem that impacts many adults and teenagers each year.

Marijuana is often misrepresented as a natural product that will not harm the body. In reality, the drug is roughly 175 percent more potent than the natural marijuana that was used by the hippie generation. Furthermore, studies have shown the risk of developing an addiction to the substance is higher than many assume.

The reason marijuana is an addictive substance is the way it impacts the brain. The ingredient in marijuana that causes euphoria and a high is THC. The brain has THC receptors that use similar pathways as heroin and other opioid drugs. As a result, the substance is potentially addictive and has the risk of taking other drugs over time. 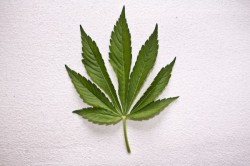 Marijuana rehab can help you overcome your addiction and help you through your withdrawal symptoms.

Many individuals who use marijuana regularly have a higher risk of taking more dangerous drugs. Since the receptors and pathways in the brain are similar, getting the same feeling of euphoria can require higher doses of marijuana or another addictive substance over time. The risk greatly increases when the drug is used at least 50 times per year, though any individual can face the risk after taking marijuana.

Common symptoms of withdrawal include:

Although the symptoms are temporary and usually do not have life-threatening problems, it is uncomfortable to remove the drug from the system.

A medically supervised program is suggested because it can help reduce the intensity of withdrawal symptoms during the process. While doctors have not developed drugs that are particularly designed for marijuana, some options are available that can help with the symptoms.

Many doctors will give anti-anxiety medications to help soothe the mental state of mind and reduce the mood swings. The medications help reduce the impact on the mood and the irritability. While it will not completely eliminate all of the symptoms, it will reduce the problems and make it easier to get through the initial stage of treatment.

Detoxification typically takes about one week for marijuana addiction. When the drug is flushed from the system completely, it is possible to start working on the mental part of addiction.

All treatment programs will include counseling as part of the process. Counseling is a type of talking therapy that helps individuals identify the reasons for cravings, cope with stress and work through dual-diagnosis issues, such as depression that leads to drug abuse.

Beyond the basic counseling, individuals have many treatment options. In-patient programs are a common option that removes the individual from normal activities for a short period of time, which is usually around 28 days. During that time, counseling, group therapy and coping workshops are used to help break the psychological hold of the drug. Long-term treatment facilities are also available if an individual continues to relapse after a rehab program.

Out-patient options are also available for marijuana treatment. The treatment is similar, but patients are able to stay at home and perform normal tasks. Patients come to the facility at least once a week for counseling and group therapy, but otherwise have freedom to work, attend classes or spend time with family.

Marijuana is an addictive drug that requires treatment. Although popular ideas suggest that it is natural and safe, studies have proven that it has risks associated with regular abuse. Getting treatment for the drug can help overcome the addiction and live a normal lifestyle.