Despite the fact that marijuana is one of the most commonly abused drugs in the world, there are still questions regarding the impact it has on the user.

Many people start out using marijuana from time to time, maybe only in social situations or when hanging around a certain group of people. From there, things can change in a hurry. It is possible to become addicted to the drug, which means you will be dealing with strong cravings that are often times difficult to put behind you.

According to the National Institute on Drug Abuse, it is possible to become addicted to marijuana. It may not be as powerful as other drugs, such as cocaine and heroin, but this doesn’t mean it is without risks.

Regular use of marijuana can cause harm. Furthermore, stopping marijuana use after an extended period of time can lead to a variety of withdrawal symptoms, including the following: 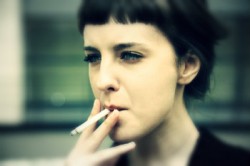 If you need help quitting marijuana for good going to rehab is the right choice!

Are you beginning to get the feeling that you have a problem? Are you afraid that your marijuana use has gone too far? If you answered yes to these questions, it is important to realize that help is available. It may not be easy to admit your problem and take the steps towards making things right, but it is possible to do so.

There are many signs that marijuana rehab is necessary, such as the following:

A preoccupation with marijuana is one of the strongest signs that rehab is necessary.

Note: if your school or employer finds out that you are using marijuana, such as through a company administered drug test, it could lead to your termination.

Most people don’t want to admit that they have a problem with drugs. Instead, they would rather keep this hidden and hope that things clear up in the future.

If you believe that marijuana rehab could benefit you, now is the time to take the first step. Here are three things to consider:

Not everybody who uses marijuana will become addicted. There are people who experiment with the drug, sometimes for a long period of time, and then quit cold turkey. On the other side, there are people who continue to use marijuana because they are unsure of how to cut it out of their life.

Knowing the signs that you need marijuana rehab is one of the first steps in getting professional help.