Marijuana rehab, along with any drug rehab, can be extremely effective at helping a person detox from the drug and providing a person with the resources they need to come clean. However, after a person leaves marijuana rehab it will be their responsibility to take the knowledge they have learned and remain drug free.

Marijuana is the most widely abused illegal substance in the world. There has been much debate over the years on the addiction behind marijuana and there are many people who believe that marijuana is not a harmful drug. However, there are some people out there who notice that their drug addiction to marijuana has begun to affect their life and they would like to receive help. In addition, some people who try to stop doing marijuana end up having withdrawal symptoms from the drug and cannot manage to stop using marijuana on their own.

According to www.ncbi.nlm.nih.gov, adults seeking treatment for marijuana abuse or dependence average more than 10 years of near-daily use and more than six serious attempts at quitting. They continue to smoke the drug despite social, psychological, and physical impairments, commonly citing consequences such as relationship and family problems, guilt associated with use of the drug, financial difficulties, low energy and self-esteem, dissatisfaction with productivity levels, sleep and memory problems, and low life satisfaction. 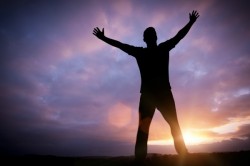 Getting treatment for a marijuana abuse problem can help you live a drug-free life.

Although marijuana may seem harmless to some people, every person reacts to the drug differently. Marijuana in prolonged usage can impact a person’s memory casing them to become extremely forgetful and can produce an apathetic state of mind causing a person to become less ambitious about relationships, work, and meeting goals.

Marijuana rehab will provide a person with the resources they need to help them get and stay clean. They will have doctors, psychiatrists, counselors, and team members assisting an individual and supporting an individual through their detox from the drug as well as help an individual to reprogram their thinking regarding using the drug.

According to www.ncbi.nlm.nih.gov, behavioral treatments, such as motivational enhancement therapy (MET), cognitive-behavioral therapy (CBT), and contingency management (CM), as well as family-based treatments have been carefully evaluated and have shown promise. Outpatient treatments for marijuana abuse among adolescents have recently received increasing attention in the scientific literature.

There are numerous treatment options available for people to choose from to receive help with marijuana addiction. Choosing the right marijuana rehab is important for a person to do so that they can find one that tailors to their individual likes and needs. A person should conduct thorough research on different rehabs before deciding to go to one.