Percocet is an opioid, that contains a mixture of oxycodone and acetaminophen, which help to alleviate a person’s moderate to severe pain. Percocet is a controlled substance that is only legal to take when it is prescribed to a person from a doctor. However, due to the effects of the drug, Percocet is commonly abused by people so that they can receive the euphoric feelings that the drug produces.

Percocet is highly addictive due to the ingredient of oxycodone and people who abuse the drug will eventually need to take more and more of the drug because their body will continue to build a tolerance to the drug the more they abuse it.

According to Alcohol Drug Addiction and Mental Health Services (ADAMHS), oxycodone is extremely similar to morphine even though its chemical makeup is closer to codeine. Oxycodone, like morphine, has a high dependence liability to its users and the drug’s abuse has been a persistent problem in the United States for over half a century.

When a person becomes addicted to Percocet they will most likely develop dependence to the drug causing them to experience painful and overbearing withdrawal symptoms once they decide to stop using the drug or once they no longer have the means to get the drug. 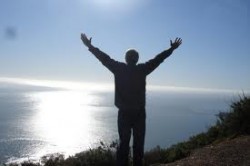 Rehab programs for Percocet can help you take control of your life and become drug-free!

Due to the intensity of the Percocet withdrawal symptoms an avid user of Percocet should be medically supervised during their detox. A Percocet rehab will not only be able to provide a person with medical resources but they will be able to help them get through the psychological withdrawal symptoms as well; this is usually accomplished through therapy and proper medication if need be.

Percocet rehab will ensure that a person has a safe detox and will provide a person with an environment that they can go to so that they can heal themselves both mentally and physically. A person can either choose to go to an inpatient rehab where they will live for a period of time, or an outpatient rehab where they will visit frequently for treatment but leave once their treatment is over. If a person has been abusing Percocet for years then they should get help from a Percocet rehab, whether inpatient or outpatient, so that they will have the maximum amount of help to support them with overcoming their addiction.