It’s not uncommon for people suffering from chronic pain or an injury to also become addicted to Percocet. This does not mean that everyone who takes Percocet will become addicted to it. It only means that any person who takes this drug has the potential to become dependent on it, but some people are more vulnerable to this phenomenon than others. Preventing oneself from becoming addicted requires that patients taking this drug monitor it closely to make sure they are not taking too much of the medication. Generally, those who follow the directions for taking the medicine to the letter will not develop an addiction for it.

To help people understand what goes on inside their bodies when they take Percocet, they must imagine an alarm clock. The brain is receiving pain signals from the affected area constantly, and this occurs as if the pain is an alarm clock that the patient cannot turn off. The Percocet is an opiate-based drug, and it is akin to putting a rag inside the alarm clock to relieve the ringing, but the Percocet does not do what the patient is hoping it will. 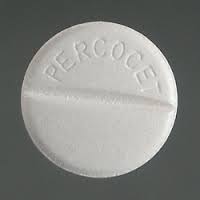 Percocet addiction typically comes from a prescription for moderate to severe pain.

The Percocet does not eliminate the pain or prevent the pain signals from being sent to the brain. The Percocet works on the patient’s brain to make it so that it is too drugged to care about the body’s physical suffering. If people know what it’s like to drink so much that they do not notice their discomfort any longer, they understand how Percocet works. Those who succeed in completely forgetting about their pain with the use of Percocet have nearly driven themselves into a coma. The brain is in such a fog that it can largely ignore the fact that there is pain within the body.

People may notice that how Percocet works is different from how other medications relieve pain. An example is ibuprofen. After a sprain, a person’s ankle may begin to swell and become inflamed. The ibuprofen does not travel to the brain as Percocet does to encourage it to become intoxicated. The ibuprofen travels directly to relieve the swelling and inflammation in the ankle. More importantly to the sufferer, it reduces the pain without making the injured feel groggy.

With this description, it is clear why taking Percocet long-term would cause people to suffer from dependency issues. People may take more of the drug so that they can get the pain relief they desire, but they develop a tolerance for it, and an addiction soon follows.

Developing an Addiction to Percocet

People who take Percocet every day for a long period of time begin to condition their brains to expect a regular dose of opiates. This leads to a shut down of the body’s natural opiate-producers as it waits for the addict to supply it with its daily dose of Percocet. When this is the case, people are fully addicted to the drug, and they cannot stop taking opiates without experiencing an uncomfortable withdrawal.

What Does This All Mean?