Women might wonder why they would need to seek treatment for their drug or alcohol addictions in a setting catering specifically to their needs. Most people might make the assumption that addiction is addiction, and men and women can be treated in the same way. During the last century, some enterprising psychologists discovered that this is not the case because men and women develop addictions to drugs and alcohol for very different reasons, and these differences need to be addressed in therapy. If these specified reasons for addiction do not receive adequate attention, women have little chance of a successful recovery.

It’s true that women become addicted for gender-related reasons, and men have their own gender-related reasons for their addictions as well, but they are very different. This does not mean that men cannot become addicted for the reasons attributed largely to women. The suggestion is only that more women than men cite the following reasons as the rationalization for why they began to take drugs or drink:

The Detoxification Process in a Treatment Center for Women 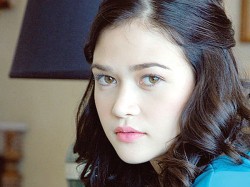 We can find special help and treatment for women.

When women enter a rehabilitation treatment center, they will be introduced to the detoxification process, therapy and the options they have for aftercare. During the detoxification process, women will cleanse their bodies and have the toxins from the drugs or the alcohol flushed from their systems. Women may need to be in a controlled setting where they can receive help from doctors and nurses because detoxifying can mean they will experience the following symptoms:

The beauty of detox at a rehabilitation treatment center for women is that they will be surrounded by medical staff that is there to make the process easier for them. It’s at this time that these women would seriously consider taking their drugs or drinking alcohol again, but they have help from the staff who prevents this from happening.

Once women complete the detoxification process, they will be ready to begin therapy. Individual counseling where one patient meets with one therapist is available at treatment centers that focus on women’s issues, but researchers have found that women thrive in group counseling. Group counseling gives them the chance to form strong bonds with other women, and this is something that they were lacking when they became loners as their addictions took hold. They also do much better in counseling sessions where there are no men around because they find it to be easier to express themselves in this type of environment.

Women will need to decide on an aftercare program for when their treatment is complete so that they can live without drugs or alcohol. They have the choice of a 12-step program, follow up therapy at their rehab centers or a sober living facility that will offer them a place to stay that is far away from drugs and alcohol in an environment with other women who are sharing the same experiences.