The medications that people are beginning to abuse more often are painkillers, such as Vicodin. Generally, people become addicted to Vicodin for one of two reasons:

1. They became addicted after they experienced an illness or injury for which their physicians prescribed Vicodin. At first, these patients took their medication as it was prescribed by their physicians. After a while, they realized that they didn’t want to stop or that they really enjoyed how good the medication made them feel. They started to take the drug more than was originally prescribed. After they took the last pill in their bottles, they went in search of more Vicodin. At this point, they were developing a full-fledged addiction. Anyone can fall into this pattern because anyone can become ill or experience an injury that will require a prescription of Vicodin to treat it. How likely someone is to develop an addiction for this drug is largely related to whether or not the patient is susceptible to chemical dependence.

2. Some people have heard from others how the drug made them feel, and these people wanted to try it for recreational purposes. They may have tried other drugs before, and they may be in search of another drug that will make them feel even better than the last drug they tried. The medical profession can expect this type of experimentation from young people. The danger of this behavior is that some of the people who abuse Vicodin will become dependent on it.

How to Tell Someone Is Abusing Vicodin 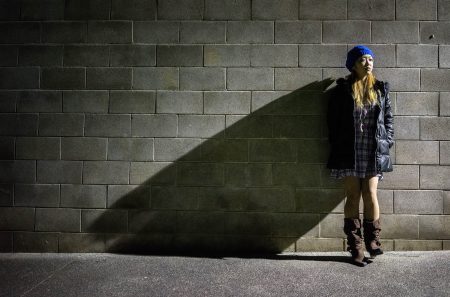 Purchasing Vicodin on the street is a sign of addiction.

Vicodin addiction is one of the most difficult to detect because there are so many signs and symptoms associated with the drug. Those who have abused the drug the most will tend to be very sleepy or tired, but this is not a very common sign. Those close to a Vicodin-abuser will have other signs and symptoms they will be able to point to in the addict’s behavior.

Some of the signs and symptoms of Vicodin abuse include the following:

Dependence on Vicodin can cause people to suffer from withdrawal when they stop taking the drug, and this includes the following symptoms:

Generally, the above symptoms last from three to five days, but they have been known to linger for a longer period of time. During this time, addicts may experience so much discomfort that they try to take the drug again. This makes the detoxification process outside of a rehab center much less successful.

The Most Appropriate Treatment for Vicodin Addiction

The best place for someone addicted to Vicodin to detoxify their systems is a rehabilitation treatment center because detoxifying on one’s own can be dangerous. In a treatment center, they will be surrounded by medical professionals who can supply them with the medicine Suboxone. The Suboxone will make surviving the withdrawal symptoms much easier for them than if they had to endure them cold turkey. Then, they will remain at the center for a couple of weeks so that they can receive counseling for their addiction.

Vicodin addicts receive group counseling in rehab and must attend meetings and lectures. They also may be required to take part in various activities with the other residents. The 12-step program is prevalent within centers that treat Vicodin addiction, and this may include Narcotics Anonymous meetings that the patient can continue to attend after leaving the center.

People cannot forget what may have caused them to fall into a Vicodin addiction in the first place. If they were taking the drug to manage pain, they are going to need an alternative to Vicodin while they are recovering from their addictions.