Valium, which is the more commonly known brand name for the drug diazepram, is a very commonly prescribed drug in America. Used for sleep problems, anxiety and severe muscle pain, this drug alters the brain’s chemistry to help reduce pain and the chance of seizure when it’s used properly and responsibly. However, Valium is also an extremely addictive drug which may seem at odds with how commonly it is prescribed to the public at large.

Valium addiction comes in two forms; physical addiction and psychological addiction. Physical addiction tends to come first, even if a patient does everything that the prescribing physician says to do. When a person starts taking Valium the effects on the body are new. However, time and constant usage can build up a tolerance. This is true of any substance, but Valium can lead to that physical dependence being developed on a very steep curve. And the more a person needs, the more the body is used to having that Valium in its systems. When someone stops taking Valium the body has to readjust, which can lead to painful and (if the dosage is large enough) dangerous symptoms of withdrawal.

Psychological dependence on Valium is sometimes worse than the physical dependence. It becomes so much a part of someone’s routine that they believe they need the Valium, even if they sleep fine, aren’t suffering from anxiety symptoms or don’t feel pain anymore. Even if a person stops taking Valium they still want it. Even if they don’t need it, or aren’t suffering from symptoms that require it. In this circumstance the Valium has become a habit that needs to be broken, instead of a medicine that the sufferer needs to be weaned off of. 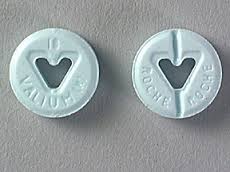 Valium rehab is designed to help you recover and stay sober.

Detox doesn’t cure someone of addiction, but it does erase the physical dependence on the drug (unless the sufferer decides to start taking it again). Once that’s happened though the psychological addiction may still remain. Curing that is harder, and it takes more than just time and a careful monitoring of physical health.

Treatment can take the form of one on one therapy, group therapy, support groups, faith based initiatives, or often a little bit from all of these. Services can be outpatient or inpatient, depending on the person’s life demands and the amount of help that he or she needs. This part of the program requires the addict to examine his life choices and to see where the addiction comes from. Fear of pain, or a need to control something about his life might be contributing causes. Stress and the need to cope could also play into the addiction. Living in a society or moving in social circles where recreational drug use is permitted and encouraged by peer pressure may also be the case. All of these, and other factors can play into why a person would psychologically need Valium.

Is This a Cure?

In a word, no. There is no more a cure for Valium addiction than there is for the common cold. However, drinking hot soup and eating foods with garlic can help bolster your body against a rhinovirus. Therapy and detox, community support and constant attendance to one’s body can help an addict stay clean and quit the habit. It isn’t easy, and it can be both painful and humiliating, but if someone is willing to work hard then recovery from Valium addiction is more than just a possibility.