Sometimes, the only way for people to stop taking illicit drugs or drinking alcohol is to enter into a rehabilitation treatment center. Their habits made it difficult for them to live productive lives and maintain healthy relationships, and they need help to turn their lives around for the better. Even though rehab would be a positive choice for a lot of these addicts to make, not everyone chooses to go into a treatment program. Of the entire population of the United States, 22 million of them are in the middle of a drug or alcohol addiction. The truth is that only three or four million of those 22 million with a serious drug or alcohol problem will seek the treatment that they need.

Why Addicts Do Not Ask for Help

If their problems are so serious, why don’t they ask for help? In actuality, there are several answers to this question, but the most cited reason for not seeking help is because of the cost. Especially right now, things are extremely difficult for Americans economically, and it makes entering into a rehabilitation program challenging. In the past, health insurance companies did not offer a solution to the cost problem because they did not pay when people needed to go to rehab. Now, they are fully aware that addiction is a medical problem and that its treatment deserves to be covered by insurance.

Even though insurance companies are more open-minded these days about paying for the cost of rehab treatment centers, people must not assume that their particular health plans will cover all or most of their expenses. They must learn a few things about rehab insurance first. 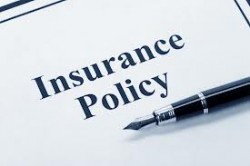 There are rehab insurance plans that can help you pay for your treatment.

Some rehab centers are more costly than others because they are known as luxury rehab treatment centers. Those who are concerned about the cost can avoid these types of facilities because they will not be able to expect their insurance plans to pay most of the bills. Outpatient treatment programs may be less expensive than inpatient programs and will provide addicts with everything necessary to become drug or alcohol-free. The great thing about outpatient treatment is that health insurance plans are likely to cover the entire bill.

When people purchase their health insurance plans, they will need to keep in mind that they may not be covered for certain things. If they have a pre-existing addiction, for example, health insurance plans may not offer them the full benefits that they give to non-addicted policyholders. It can be challenging for those who have already experienced at least one relapse to obtain health insurance coverage for future rehabilitation treatment. Insurance companies want to be aware of any addictions or previous stays in rehab centers that are related to drugs and alcohol or to a psychiatric illness, and this is the reason they ask these specific questions on their applications.

Addictions the Insurance Company Will Cover

When it comes time to receive treatment, people need to get it as quickly as they can. They should not have to be concerned at this time that their addiction may not be covered under their insurance plans. Fortunately, insurance companies are understanding, and they cover the following major addictions:

Drug and Alcohol Addiction in the New Century

Drug and alcohol addiction was misunderstood in the not too distance past because people considered it to be a personal flaw for people to struggle with drugs or alcohol. The people closest to these addicts would often insensitively ask why these people couldn’t just stop. This new century has brought a new way of thinking about this issue. Now, a drug or alcohol addiction is known to be a mental health concern and is as much a part of healthcare as depression or bipolar disorder. As insurance companies begin to cover treatment for these addictions, they help the 20 million addicted people in the country obtain the treatment they need.