The original substance, opium, comes from a plant that grows naturally in warm climates around the world. The seeds of opium poppy plants contain the compounds that are used to create drugs like morphine, heroin or opiate prescription medications.

Although the initial form of the poppy plant contains addictive qualities, the alterations that create heroin, morphine and other drugs intensify the impact and make the substance a serious problem. The biggest opium problem in the United States relates to heroin addiction, which is challenging to overcome without help.

Since opium is the foundation of heroin, it is important to recognize the potential dangers to physical and mental health after an addiction develops. Heroin is a dangerous drug that is not used in medical practice due to the health risks. 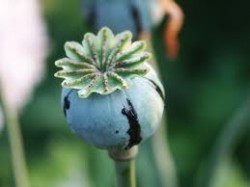 Opium rehab can help with a wide range of drugs including heroin. morphine and pain killers.

Dangers of heroin use include:

Although the dangers are primarily related to health risks, it also includes changes to the mental functioning of the brain. Over time, addiction leads to an obsession with the drug that makes it impossible to remember other commitments or responsibilities.

An addiction to heroin or other opiate drugs can lead to an inability to focus at work and getting fired from a job due to poor performance. Students will not be able to maintain grades and opportunities for the future often slip away.

Determining the Need for Treatment

Although heroin and opioid drugs are highly addictive, it is not necessary for every individual to seek rehabilitation after taking the drugs. A single experiment with heroin or taking an opioid drug for medical reasons will not always lead to an addiction. Unfortunately, some individuals will also get hooked on the drug with a single dose, so it is important to determine the necessity for treatment based on the situation.

Opium use in medical settings, such as a dose of morphine after a major surgery, will not usually need rehabilitation if the doctor was supervising the use of the substance. In a medical setting, patients are usually slowly stepped down from the drug to limit withdrawal symptoms until it is possible to stop the medication completely.

In the case of experimenting with heroin, the risk of addiction is very high. The substance is addictive and the amount of opium in the street drug can vary. In some situations, a single dose is enough to get addicted to the substance.

Regardless of whether rehabilitation is necessary, every individual should seek medically supervised detoxification programs to get off the drug. Opium drugs can have unpredictable and dangerous withdrawal symptoms, so a doctor should help patients step off the drug to avoid the risk of coma, seizures, death or other medical complications that might arise. If an addiction developed beyond physical dependence to combat pain, then it is important to seek further help after the detoxification process is complete.

The treatment for addiction always starts with rehab. Opium addiction will always include physical dependence, so the detox process must flush the drug from the system. During the detoxification process, withdrawal symptoms are likely to develop. Withdrawal symptoms typically include pain throughout the body, nausea, headaches, insomnia and mental health concerns like depression.

After the detoxification process is complete, rehabilitation will usually include group therapy, individual counseling and workshops to learn different coping methods, nutrition or similar topics for better health after leaving the program.

Opium is a highly addictive natural substance. Although the opium poppy plant grows naturally, the drugs that are derived from opioid compounds are dangerous. Seeking professional help to get through the vital first steps of recovery is the best way to overcome the addiction.