Call Now: 24Hr Addiction Hotline 800-895-1695 Who Answers?
Home › Blog › Here’s What 1500 People Who Were Admitted to Drug Treatment Taught Us about Outcomes of Addiction Treatment

Local courts seek to lessen the burden on jails and prisons by offering treatment to non-violent drug addicts.  These programs generally consist of a variety of phases and are offered with a reduced sentence for addiction-related crimes.  For many addicts, drug court programs across the nation have offered hope and a brand new life.

For addicts facing jail time in Tennessee, the drug court program is offered as a viable alternative to lock up.  Since establishment in 1997, 1500 people have successfully completed the program.  With approximately a 25% recidivism rate, the majority of patients avoid jail time and return to a life of productivity and contribution to the community.

Types of Crimes in which Addicts Become Involved

Alcoholics and addicts are often led to criminal behavior as a result of their addictions.  Thus, judges and court appointees believe getting them out of the system is much easier with drug treatment.  The following are some of the crimes usually associated with people exhibiting the symptoms of substance use disorder: 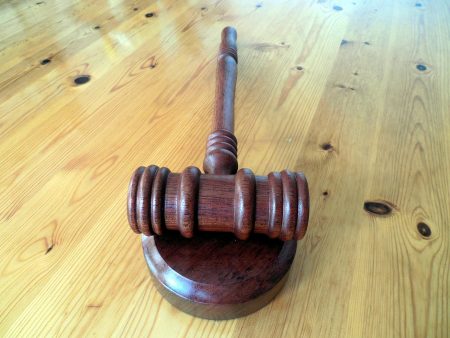 The drug court program in Tennessee is offered to offenders as an alternative to jail time.

In order to promote long-term recovery for people who are in legal trouble, it is important to have a program with multiple levels of treatment.  Generally, the programs should begin with intake and detox services.  Next, patients move into intensive rehabilitation that lasts a minimum of 4 weeks.  Lastly, patients follow up with intensive outpatient counseling (IOP), coupled with case-management and urinalysis screening.

Most patients, particularly those court ordered into drug rehab, find support groups to be helpful.  Because 12-step programs are free, judges generally require patients in these types of programs to attend AA or NA meetings.  People who attend meetings who are a part of drug court usually have forms to get signed by a representative at the meeting to prove attendance.

With ongoing monitoring, drug court programs are able to gather data to measure the success of inpatient rehabilitation with intensive follow-up.  Interestingly, a whopping 97% of patients completing these programs tested with a negative drug test upon completion of the program.  The cost of rehabilitating addicts was much cheaper than the cost of incarceration.

The Path to Success

For 1500 addicts facing serious jail time, the outcomes of inpatient rehab programs sponsored by the courts are immeasurably valuable.  With so much to lose, the structure and support of inpatient programs offer a great foundation to long term sobriety.  Certainly, no program is perfect, but research indicates great individual successes and benefits for the community as a whole.

The patients benefiting from drug court programs across the country are too numerous to mention.  So many experience the return of health and sanity.  Consider these examples and call for help today:

The stories are too numerous to list.  One thing is certain.  Attending inpatient rehab and following the program as it is presented is deeply helpful to those seeking recovery.

After 120 Days in Treatment, Here are 7 Things We Learned to Expect in Addiction Therapy