It is an unfortunate fact that many parents who are addicted to drugs have children that also grow up to find themselves addicted and in need of rehab. There are a variety of factors that cause the child of a drug addict to become addicted themselves.

According to the Mayo Clinic, it is possible to have a genetic predisposition to addiction. This explains why children separated from parents who are addicts at birth still have a higher rate of drug and alcohol addiction than those who have parents that were not addicted to a substance.

Although genetics is not the only deciding factor in the need for children of addicts also requiring treatment, it is a common one. If you are a child of addicted parents and think that you might be addicted to drugs and alcohol call 800-895-1695 (Who Answers?) . We can help you get the treatment you need.

There is some evidence that seeing a parent or other role model use drugs when you are a child makes you more likely to use later in life. When a parent or caregiver engages in a behavior, usually the child accepts this behavior as normal. If drug use is normal, then addiction is also normal. As an adult you are more likely to become an addict and need rehab if you witnessed your parents using drugs. 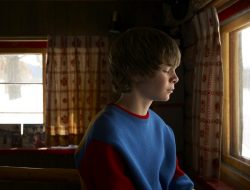 Children who witness substance abuse in their home are more likely to use drugs later in life.

Early exposure to drugs or alcohol usually leads to addiction problems later in life. Like prenatal exposure, being exposed to drug or alcohol while the brain is still forming or during adolescence makes a person more likely to become addicted to something later on. According to the National Institute on Drug Abuse, the earlier the exposure the more likely addictive behavior will occur later in life.

Many parents who use drugs either directly or indirectly enable their children to do so as well. They are more likely to help a college age child with money and other necessities even though they know the money is going to purchase drugs.

Parents that do drugs are more permissive of drug use in general. Since they are addicts themselves, they allow their adult children to continue their addiction regardless of treatment options or consequences.

How to Help a Loved One Overcome Drug Addiction

Although poor parenting due to drug use is not always the cause of a child’s drug use, it is a factor. Parents who are addicts often ignore or neglect their child in favor of the drug. When this happens the child develops mental and behavioral issues. These issues often lead to addiction and the need for treatment later on.

How to Overcome your Addiction Issues

No matter what the cause, it is a fact that parents who are addicts are more likely to have children who need addiction treatment later in life. If your parent was an addict and you find yourself in trouble with substance abuse or addiction, call 800-895-1695 (Who Answers?) . We can help you rid yourself of the addiction and the trauma associated with having a parent who is an addict.