Myth: Sharing prescription drugs is okay since they are legally prescribed.

Myth: Most people get prescription drugs, such as Oxycontin, Percocet, and Vicodin from drug dealers.

The majority of people abusing prescription drugs get these drugs from friends and relatives, or stealing it from their parent’s or grandparent’s medicine cabinets.

Myth: Abusing prescription drugs is safer than using street drugs such as heroin or ecstasy. 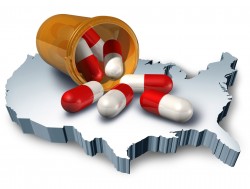 Prescription drugs are being abused at increasing rates in the US, leading to addiction and drug overdose.

This is not true at all; in fact abusing prescription pills can be worse. According to the National Institute on Drug Abuse, the majority of people think that prescription drugs are safer to use than illegal drugs, but that is only the case when they are taken as they are prescribed by a doctor. When abused, prescription drugs are highly addictive and can cause major health problems, including overdose. Overdose is more likely to occur when prescription medications are mixed with other drugs such as alcohol.

Myth: My child will never use prescription drugs

Prescription drug rehab is an excellent choice for you or someone you know to receive the help you need to get over your drug addiction. Prescription pill addiciton can take control over your life causing many problems to occur such as, financial losses, the loss of a job, the loss of relationships, and the loss of self-respect. In addition, prescription drug abuse can lead to numerous health concerns such as heart failure, organ damage, and mental illnesses.