There are an estimated 1.4 million cocaine users in America and even when faced with desperate consequences from their use, many will be unable to quit without cocaine addiction help.

Cocaine usually comes in the form of a white powder which can be snorted or diluted and injected. Some people smoke cocaine through methods of “free basing” or mixing it with other variants to form a solid crystal-like substance known as “crack”.

Cocaine addiction is characterized by uncontrollable cravings and compulsive use of cocaine despite the negative consequences that may occur. According to the Center for Substance Abuse Research, “crack cocaine is the most potent form in which the drug has ever appeared.” and a person can become addicted after their first time trying it. 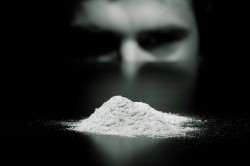 If your loved one has a preoccupation with cocaine and can’t quit alone they may need cocaine rehab help.

There is a fine line between cocaine abuse and cocaine addiction. A person may be an occasional user one day, and an addict the next. Cocaine is a powerful stimulant drug and once the person starts using it, the cravings are not easily turned off. The person risks many physical and psychological health risks including organ damage, neurological problems, overdose, and death.

Signs of cocaine abuse may include:

Cocaine users tend to shield themselves through various psychological defense mechanisms to protect and reinforce their cocaine use. Attitudes and behaviors can become highly negative and your loved one may do things you never thought they were capable of. Changing these behavioral symptoms is the main focus of cocaine addiction treatment to keep the person from continuing to use the drug.

Psychological and behavioral symptoms may include: