For anyone suffering from heroin addiction, overcoming the physical dependence is the single most difficult part of the recovery process—then the cravings set in. Medications play a pivotal role in the treatment of heroin addiction providing patients with a medication based intervention that helps to ease cravings, stop withdrawal symptoms and control side effects of heroin addiction. Many different medications are used in heroin rehab including buprenorphine, methadone, Suboxone and naloxone.

This is one of the first medications developed for the treatment of opiate addiction in a doctor’s office. Buprenorphine can be used to reduce the cravings and physical side effects that a user experiences when using heroin by binding to the same receptors as morphine but without actually producing the same effects. This drug is widely used both in heroin rehab and outside rehab in outpatient settings in which a doctor prescribes the medication and monitors the patient during recovery. 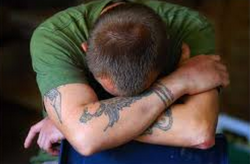 The medications used in heroin rehab will help you overcome your cravings and withdrawal symptoms.

One of the first drugs ever used for the treatment of heroin addiction, methadone is often prescribed in heroin rehab to help users avoid withdrawal symptoms and remain in control of their recovery. Unfortunately, methadone is an addictive substance so it’s important to talk with your treatment professional or counselor prior to taking methadone and it’s equally important to have a plan of action in place to prevent dependence from occur. Taken correctly, methadone can help to restore a sense of well-being in the patient while also taking his or her mind off of heroin.

Buprenorphine has a small potential to be abused because it does produce some mild effects similar to heroin. Because this drug is able to be abused, many heroin rehab centers have resorted to the use of Naloxone or a medication that is mixed with both Buprenorphine and Naloxone to ensure that users can comfortably focus on recovery without the risk of them abusing the medications provided during treatment. Naloxone, when paired with Buprenorphine, is called Suboxone. Suboxone has become a widely used method of medication based treatment in heroin rehab.

There are some benefits to using Clonidine in heroin rehab but these benefits are short-lived and should be considered carefully. This medication can lead to serious side effects such as sedation and hypotension which can pose additional challenges in heroin addiction treatment so it’s important to either: a) only take Clonidine for a short period of time such as 1-3 days to help curb withdrawal symptoms; or, b) avoid taking Clonidine to prevent further complications during the most difficult, early days of heroin detox and recovery.

Found to be successful in preventing relapse, Naltrexone is another one of the many medications that may be used in the treatment of heroin addiction or withdrawal in heroin rehab. This medication works by blocking the pleasurable effects of heroin so that if a user does take the drug he or she will actually feel no pleasure from using or in many cases will actually feel quite sick as a result of their drug use. This drug is successful in helping to prevent relapse because it eliminates the “fun” of using the drug by preventing the “high” from occurring.