Heroin is a street drug, and because it is illegal also, those who buy it are not just breaking the law, but they are putting their life in danger. Users have no control over the quality of heroin they will get, and sellers often use other harmful substances to mix into the heroin to benefit them financially. This means the effects of heroin cannot only be dangerous, but it can be fatal.

Heroin is a very addictive drug that affects the body both physically and psychologically. According to the National Institute on Drug Abuse, heroin changes the way the brain functions. It builds tolerance in the user and they will need to use more just to get the same initial effect. It also builds dependence, and when the user has no heroin or abruptly stops, they will experience withdrawal symptoms, which are often very painful.

Heroin can ruin anyone’s life. It can lead them to death early in life. The more aware you or a loved one learn about the effects of heroin, the better chances in understanding how important it is to become drug-free. Short-term or long-term, heroin can destroy a user’s health in many ways. 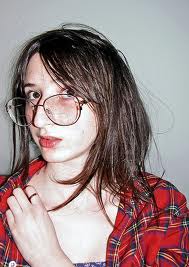 Abusing heroin can easily lead to addiction and many health and lifestyle problems.

Initially when a user first takes heroin, they can immediately feel its effects. Heroin works fast, and some of the most common short-term effects of heroin are:

And in cases of overdose, it can cause coma or death. Some first time users have died from taking heavy doses of heroin during their first time of trying it out.

Continuing to use heroin can have damaging results both physically and mentally. Some health conditions caused by heroin use can be permanent. Some of the long-term effects of heroin are:

No matter how heroin is used -whether it is snorted, smoked, or injected- it can have devastating results for the user, and can cause stress and grief to their family.

Other Effects of Heroin

The effects of heroin on chronic users can often be fatal. It is associated with serious health complications. Some of these health conditions are:

Becoming addicted to heroin can lead to serious damage both physically and psychologically. And, if the user tries to stop abruptly, the withdrawal symptoms can be very dangerous, and are often unbearable for a user to try and just quit. To avoid such damaging consequences that the effects of heroin can cause, seeking treatment from health professionals will be the best decision anyone addicted to heroin can take. Life can still be good, but it needs to be drug-free.