It’s too easy to fall into a pattern of heroin abuse and to blind yourself to the situation. Denial is a huge symptom of addiction. It has to be. In addition, addiction itself changes the way that your brain works and diverts all of your focus into your drug use.

But, it is imperative that you face the danger of what you are doing and one way to force yourself into a place of honesty is to confront data or statistics. These numbers don’t lie. The statistics about the number of users help you to know that you aren’t alone and the numbers related to emergency room visits help you to understand the risks that your addiction poses.

When you look at your life with heroin honestly, you will want to break the addiction. DrugAddiction.org can help. Our experts can put you in touch with qualified treatment programs, answer all of your questions, and even help you navigate financing. Call 800-895-1695 (Who Answers?) now.

1. A lot of people seek treatment for heroin addiction.

In 2008, the Substance Abuse and Mental Health Services Administration reported, 14.1 percent of admissions to publicly funded substance abuse treatment programs were for heroin. Only alcohol only, alcohol and another drug, and marijuana admission were greater percentagewise. In 2008, there were a total of 1.8 million admissions.

2. Heroin use among young people has risen dramatically.

The Centers for Disease Control and Prevention informs readers that “heroin use more than doubled among young adults ages 18–25 in the past decade.” If you are one of the young people that became wrapped up in the cycle of heroin abuse, you can get help.

3. Most heroin users aren’t just using heroin. They are mixing it with other drugs.

4. Prescription opioid painkillers are commonly a source of addiction along with heroin. 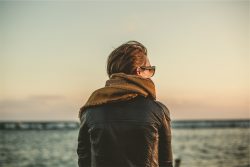 Heroin use among young adults had doubled in the past decade.

5. Even though the overall number of heroin users is relatively low compared to other groups of addicts, the percentage of users is growing.

Roughly 681 thousand people reported using heroin in 2013, according to the Substance Abuse and Mental Health Services Administration. But, the percentage of people using that year was higher than it was in the previous decade.

6. The number of heroin overdose deaths is growing.

The National Institute on Drug Abuse presents data showing a six-fold increase in heroin overdose deaths between 2001 and 2014. To avoid being another statistic, you should get into a heroin rehabilitation program as quickly as possible to begin the process of recovery.

7. Prescription painkiller use is, more and more often, becoming a precursor to heroin use.

Data gathered by the National Institute on Drug Abuse shows that one in fifteen people who take prescription painkillers in a way other than medically prescribed will try heroin within ten years.

8. Emergency room visits due to heroin use are rising.

A graph on the National Institute on Drug Abuse website demonstrates less than 200 thousand emergency room visits in 2005 were due to heroin use. By 2011, the number had increased by 60 thousand.

9. The number of people using heroin for the first time is surprisingly high.

According to the National Survey on Drug Use, 156 thousand people began using heroin in 2012, almost double the number in 2006.

10. The risk of heroin addiction is very real.

Roughly 23 percent of people who use heroin develop a dependence upon it, reports the National Institute on Drug Abuse. If you are one of those people, you should be seeking treatment for your dependence. You deserve sobriety.

Let us help you get into a treatment program. Don’t let yourself become another statistic. Call 800-895-1695 (Who Answers?) today and take your first step on the road to recovery.