If you use prescription opioids, you have been warned by your doctor and pharmacist about the potential for addiction, which is quite serious. If your opioid use has moved away from the original intent behind the prescription, you are abusing your meds. You may tell yourself that you aren’t, but that is deceptive.

Many people who abuse prescription painkillers don’t pay much attention to their use and they underestimate the amount of use happening. Taking a pill every hour feels like just a few a day. How do they disappear so quickly?

Another factor is denial. You may not yet be prepared to deal with the enormity of your problem. It’s time to move past the denial and to truly look at the scope of your drug use. If you are using your meds in ways that the prescription didn’t intend, you are abusing them and you need to stop.

The only way you may be able to stop is through rehabilitation treatment. DrugAddiction.org can help. Do you need questions answered, a walk-through of payment options, or a recommendation to a qualified program? Then you should call 800-895-1695 (Who Answers?) as soon as possible.

1. Opioids are a problem worldwide and prescription abuse dwarfs heroin use in the US

The National Institute on Drug Abuse estimates between 26.4 million and 36 million people abuse opioids across the globe. Of these, roughly 2.1 million people in America suffer from addictions related to prescription opioid pain relievers and roughly 467 thousand are addicted to heroin.

2. Sales of prescription opiates are rising steadily, but reports of pain are not

According to Centers for Disease and Prevention (CDC) inform readers that US sales of prescription opioids increased four times between 1999 and 2014. However, the amount of pain reported by Americans has not increased at all. 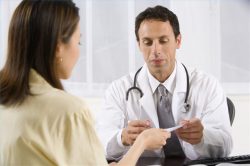 Roughly 1 out of 5 patients are prescribed opioids in their doctor’s offices. This is specifically those with non-cancer pain or pain-related diagnoses. If you include those groups, the number of overall patients with an opiate prescription increases.

Drug overdose is the leading cause of accidental death in the US, states the CDC; there were 47,055 lethal drug overdoses in 2014 alone. Of these, 18,893 were related to prescription pain killers. The 2008 overdose death rate was about four times the 1999 rate. Every day, 46 American individuals die from an overdose of prescription painkillers.

5. The number of prescription opioid addicts seeking treatment is also on the rise

The rate of prescription opioid substance abuse disorder treatment admission rate of 2009 was six times that of 1999. It’s good that more people are going to rehab, but that also means there are more addicts out there.

6. The number of opioid prescriptions written is truly startling

The CDC reports 259 million prescriptions for painkillers were written in 2012. That is literally enough for every American adult to have a bottle of prescription opioids.

7. If you live in the south, you are at more risk of prescription opioid addiction

The CDC warns ten of uppermost prescribing states for prescription opioids are in the South. If you live in the south, you may have begun prescription shopping because they are so readily available. That’s the sign of a problem.

Overdose rates, according to the CDC, were highest among people aged 25 to 54 years and among men; although the gender gap is closing. The rates were also higher among non-Hispanic whites and American Indian or Alaskan Natives.

9. Although, women are more likely to use them

The CDC reports that women and those 40 and over are most likely to use prescription opioids.

10. Even if you don’t face overdose or death as a risk, your health is still impacted

Each day, according to the CDC, more than 1,000 people get treated in emergency rooms for misusing prescription opioids.

If you are ready to protect your health and cease using prescription opioids non-medically, we are ready to help. Call us at 800-895-1695 (Who Answers?) and get the help you deserve.