5 Signs of Alcoholism to Look Out For

Occasional use of alcohol is accepted in our society and often associated with celebrations, fun, and rewards, but when used frequently, anyone can become vulnerable to alcoholism. Alcoholism is progressive in nature, starting with a tolerance and increasing dependency with every use. Following, are 5 signs of alcoholism to look out for and the earlier the detection of these warning signs, the greater the chances of the alcoholic’s recovery.

As a person continues to drink, their body becomes accustomed to alcohol and a tolerance develops where greater quantities are needed to feel its effects. Drinking more often or binge drinking may be one of the earliest signs of a possible problem. The increased tolerance leads to a dependence on alcohol where the alcoholic feels the need to drink alcohol and experiences physical withdrawals without it. Withdrawal symptoms begin with tremors or shaky hands, nausea, or sweating and as the alcoholism progresses; the symptoms become more intense and may result in serious complications including seizures or death. 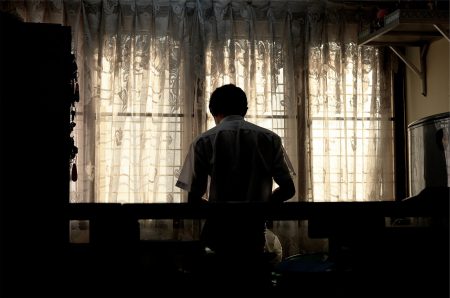 Alcoholism can lead to suicidal thoughts and actions.

Denial becomes a major factor in the alcoholic’s ability to consume alcohol. They may hide their drinking, make excuses to drink, drink alone, or drink at socially unacceptable times. They may hide alcohol in unlikely places at home, at work, in their car, or anywhere else for them to have quick and easy access. They may make drinking at certain times a ritual that, if disturbed or questioned, they become annoyed and defensive while denying any problems with their drinking habits.

Alcoholism becomes evident when the alcoholic is no longer able to limit the amount of alcohol they consume. At this point, they are probably aware that there is a problem, and yet, drinking becomes the “cure all” for their guilt and other negative emotions, while their ability to abstain becomes less. When an alcoholic loses their self control, they, often, endanger others, and whether intentionally or accidentally, alcoholism is the 3rd leading cause of preventable deaths in the United States according to the National Institute on Alcohol Abuse and Alcoholism. An out of control alcoholic will continue to drink despite any negative consequences to themselves or others.

Alcoholics will become unpredictable in their behaviors and exhibit unusual emotions and mood swings. They may become angry, confused, aggressive, violent, or suicidal and react negatively by violating the law, starting fights, harming others, or harming themselves.   They neglect responsibilities and disregard obligations or commitments to family, friends, employers, and others.   They may have memory and concentration problems that inhibit their work performance and reduces their attention, adding to the chaos in their life. Alcoholism causes lapses in memory or blackouts, hallucinations, delusions, and other mental health disorders, according to the Mayo Clinic.

Alcohol is toxic to the body and can damage organs or disrupt normal body functions causing internal and external problems that can be seen as signs of alcoholism. Alcoholics tend to neglect eating or to eat poorly and dehydration is common. Excessive weight loss or fluctuations, yellowing of the skin or eyes, red or brown “liver” spots, and other physical changes may be signs of serious illness and may be fatal.   Serious medical conditions include; fatty liver, cirrhosis of the liver, hepatitis, pancreatitis, colon cancer, heart failure, brain damage, alcoholic ketoacidosis, and respiratory infections.

Whenever alcoholism is suspected, treatment is the key to recovery.