As of 2012, an estimated 51.3 percent of American adults reported themselves as regular drinkers according to the Centers for Disease Control & Prevention. Within that same year, alcohol-related deaths totaled 25,692, not including accidents and homicide incidents. Alcohol-induced liver disease deaths totaled 15,990.

As some people are more susceptible to alcoholism and liver disease than others, key risk factors place certain people at higher risk than others. In any event, liver disease is but one of the many consequences of alcohol abuse. 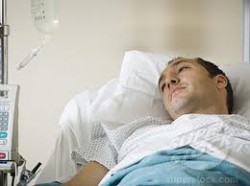 Alcohol abuse can gravely damage the liver and other organs.

According to the University of Rochester Medical Center, people who’ve made a habit of drinking large amounts of alcohol over a number years increase the likelihood of developing alcohol-induced liver disease conditions. Since alcohol metabolism takes place in the liver for the most part, alcoholism and liver disease can develop gradually over time.

While symptoms of alcoholism and liver disease can vary from person to person, the most common symptoms to expect include:

It’s not uncommon for a physician to misdiagnose alcohol-induced liver disease considering the wide range of symptoms that develop.

Fatty liver disease results from a buildup of fatty tissue inside the cells of the liver. Signs of this condition include an enlarged liver and noticeable abdominal discomfort. For people struggling with alcoholism and liver disease, fatty liver is the most common disorder to develop among long-term, heavy drinkers.

Alcoholic hepatitis develops from the ongoing damage and destruction of liver cells. As cells die off, permanent scar tissue forms causing an enlarged liver that’s tender to the touch.

No doubt, alcoholism and liver disease affects certain people more so than others. According to the National Institute on Alcohol Abuse & Alcoholism, individual differences in how the body metabolizes alcohol play a big part in determining who’s most susceptible.

Ultimately, genetic factors determine how the body breaks down alcohol, which accounts for why someone with a family history of alcoholism stands the greatest risk of becoming an alcoholic. A person’s overall all physical health also factors into the mix. This means, someone in poor health with a family history of alcohol abuse needs only to take up drinking on a regular basis to greatly increase his or her risk of developing liver disease.