Cocaine, one of the most powerful central nervous stimulant drugs, has lured more than a few users into its addiction cycle. According to the National Institute on Drug Abuse, an estimated 1.9 million American adults regularly used cocaine for recreational purposes in 2008.

Compared to other drugs, cocaine all but attacks brain and body functions, weakening vital processes along the way. For this reason, cocaine addiction symptoms tend to develop early on in regular users.

As with most every addictive drug, cocaine interferes with essential brain chemical processes, weakening brain structures and impairing vital bodily systems. At the start, the drug produces seemingly desirable effects, giving new users an easy boost in energy, focus and confidence. With continued use, cocaine addiction symptoms take a bad turn, creating uncomfortable effects that only get worse with time.

If you suspect you or someone you know may be showing signs of addiction, here are 10 cocaine addiction symptoms you just can’t miss: 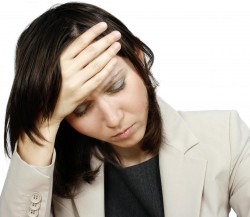 Depression, fatigue and confused thinking are all potential signs of cocaine abuse and addiction.

After so many “hits” of cocaine, excess amounts of norepinephrine course through the brain for prolonged periods of time. Norepinephrine acts as the body’s own natural stimulant chemical. As a result, regular users remain in a state of hyper-arousal much of the time.

The part of the brain that regulates emotions is often the first to show cocaine addiction symptoms as a person’s emotional balance starts to decline.

Regular cocaine offsets the brain’s normal chemical balance. Since the brain regulates sleep cycles, it’s only a matter of time before this cocaine addiction symptom starts to wreak havoc in a person’s life.

As brain chemical imbalances worsen, the areas of the brain that handle cognition and emotions become affected. Distorted thinking processes, emotional imbalance and hyper-arousal states all combine to create a paranoid mindset.

The repeated surges in energy levels brought on by cocaine use eventually take a bad turn once addiction starts to set in. Cocaine addiction symptoms take the form of aggressive and even violent behaviors that happen more and more often.

The damage done to the cognitive centers of the brain start to impair a person’s ability to think clearly, making it increasingly difficult to carry out everyday tasks and responsibilities.

As with any form of “speed,” long-term cocaine use burns out brain and body processes. After a while, this cocaine addiction symptom will persist regardless of how often a person uses.

Much like the ongoing feelings of fatigue experienced, long-time cocaine users will experience this same effect on a psychological level in the form of depression.

A person’s ability to control his or her emotions and actions gradually diminish as brain chemical levels skew further and further out of balance, according to Bryn Mawr College. At this point, cocaine addiction symptoms take the form of excessive risk-taking and irrational behavior displays.

The damaging effects of cocaine are progressive, causing widespread deterioration of vital brain regions. Psychotic-type behaviors in the form of hallucinations, delirium and even schizophrenia can easily develop from long-term use.