As a commonly used treatment for conditions involving moderate to severe pain, morphine offers much needed relief in cases of unexpected injury and chronic pain conditions. While effective, morphine does pose certain risks, especially when used for long periods of time.

According to the National Highway Traffic Safety Administration, morphine’s mechanism of action carries of high potential for abuse and addiction. Loved ones who’ve taken morphine for a month or longer may well start to show signs of physical dependency, which is a precursor to addiction.

Signs your loved one needs morphine rehab may not be apparent at first, but rather gradually develop over time. Someone in need of morphine rehab will exhibit noticeable changes in their ability to manage the affairs of everyday life. Certain health factors also come into play.

As a Schedule II class opiate drug, morphine produces many of the same effects as heroin except morphine is distributed in controlled dosage amounts. In effect, people in need of morphine rehab have develop many of the same physical and psychological problems as someone addicted to heroin. 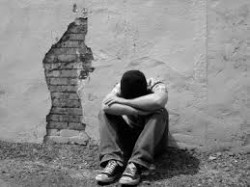 If your loved one is stuck in the cycle of addiction rehab programs can help them overcome and recover.

Like most all opiates, morphine works by depressing or slowing down brain and central nervous system functions. In regards to pain relief, morphine’s effects interfere with the nerve signal transmissions that send pain messages to the brain. These processes result from the unusually large amounts of neurotransmitter chemicals released into the brain.

With overuse, morphine will leave a person in a continuous state of sedation as the drug’s effects all but mute normal brain processes. Once a loved one starts exhibiting signs of sedation, it’s time to consider morphine rehab.

Morphine’s ability to alter central nervous system functions affects most every major system in the body. Bodily systems most affected include –

By the time morphine rehab becomes necessary, your loved one will start to exhibit symptoms that indicate one or more of the above systems is breaking down. Symptoms may take the form of –

Over time, the brain comes to require morphine in order to function normally. Once a person starts developing withdrawal symptoms, the body has become dependent on morphine’s effects. When needed amounts of morphine are lacking, the body goes into withdrawal.

As these symptoms can quickly become a driving force behind continued drug use, the sooner a person enters morphine rehab the better.

Even when taking morphine as prescribed, the brain develops a tolerance for the drug’s effects with continued use. According to the National Institute on Drug Abuse, the brain cells most affected by morphine start to deteriorate, making them less sensitive to morphine’s effects.

Once tolerance levels rise, your loved will have to increase dosage amounts in order to prevent pain symptoms from flaring up. Before long, physical dependence and addiction set in at which point morphine rehab should be seriously considered.

Morphine’s slowing effects can impair the brain’s cognitive functions over time. Signs of confusion and disorientation may develop early on depending on a person’s prescribed dosage level.

Once these signs start to impair your loved one’s ability to carry out daily tasks, morphine rehab may be needed. It’s important to keep in mind that any and all signs pointing to a loved one needing morphine rehab will only get worse with continued drug use.

“Nodding out” is a phrase used to describe the lapses in consciousness opiate addicts experience. Though brief in duration, these lapses can happen at any time, such as in the middle of a conversation or while driving a car.

This sign in particular carries dangerous implications in terms of the degree of impairment to brain function as well as your loved one’s overall safety and well-being. Someone who’s “nodding out” on a frequent basis should definitely get morphine rehab help.

Morphine’s damaging effects can interfere with the brain’s logic and reasoning functions as well as with a person’s emotional responses. With frequent use, these effects inevitably affect a person’s ability to communicate and interact with others.

With chronic morphine use, relationship problems with friends and family happen on a regular basis. Once your loved starts isolating him or herself from others, it’s time to look into morphine rehab.

Someone showing symptoms of depression or anxiety on a frequent basis may be at the early stages of developing a psychological disorder. Without needed morphine rehab treatment, this condition will only get worse and your loved drug use will likely start increasing his or her morphine dosage amounts in the process.

Once a person becomes addicted to morphine, his or her thinking processes or belief systems have come to view the drug’s effects as necessary for his or her survival. At this point, he or she will crave morphine all the time. This sign indicates an addiction has taken hold, making morphine rehab all the more necessary.

In spite of the physical and psychological distress your loved one may experience from chronic morphine use, he or she will remain in a state of denial when it comes to abusing morphine. At this point, morphine has become the center of his or her world.

Denial ranks as the number one sign of addiction once a person’s life circumstances clearly indicate a need for morphine rehab treatment.