Morphine, a natural derivative of the opium poppy seed plant, carries powerful analgesic properties that offer an effective treatment for conditions involving moderate to severe pain. As one of the strongest opiate drugs in existence, morphine’s pain-relieving properties also produce addictive effects that alter brain chemical processes over time, according to Dickinson College.

Anyone struggling with an addiction to this drug will likely require morphine rehab treatment to break addiction’s hold on the brain and body. As physical dependence marks the first step towards full-blown addiction, outpatient morphine rehab can benefit both the physically dependent as well as the long-time addict. 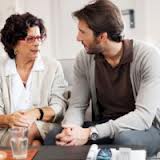 Outpatient rehab helps you stay close to your loved ones.

Since morphine rehab programs treat the effects of addiction in stages, people dealing with a physical dependency can still benefit from the types of services offered by outpatient programs.

Outpatient treatment services can vary depending on the program. Most programs offer the following services:

As many addicts in recovery have lost jobs, gone through divorces and had run-ins with the law, outpatient programs work to address the various challenges and struggles addicts encounter throughout the recovery process.

More than anything else, a person’s ability or inability to control his or her need for morphine determines whether there’s a need for outpatient morphine rehab. Even in cases where of physical dependency, an unexpected relapse episode will only work to feed the addiction cycle. In the process, the mind grows increasingly more dependent on the drug’s effects.

According to the Journal of Clinical Investigation, signs of a growing psychological dependency include:

Opiates in general have a way of luring users into a web of ever-increasing dosage amounts coupled with uncomfortable withdrawal effects. Outpatient treatment enables those who are addicted, as well as those battling physical dependency, to remain engaged in the recovery process.