Ecstasy addictions take an extraordinary toll on a person’s health and sense of well-being. The damaging effects of ecstasy on the body leave addicts in a diminished capacity in terms of physical and psychological health.

Ecstasy rehab offers addicts a means for climbing out of the hole of addiction and developing needed coping tools and strategies for maintaining abstinence for the long-term. While a person does have a choice between inpatient or outpatient ecstasy rehab, addiction produces long-term effects that take time to overcome.

Both inpatient and outpatient ecstasy rehab offer many benefits designed to address the challenges recovering addicts face at different stages of recovery. Rather than choosing between the two treatment options, people considering ecstasy rehab may want to take a bird’s eye view of the overall goal of ecstasy rehab and what it takes to break an addiction to ecstasy’s effects. 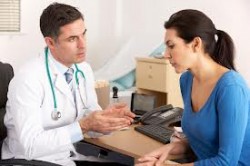 With each rehab option you will have access to both individual and group therapy.

Ecstasy, also known as MDMA, belongs to the enactogen class of drugs. According to Brown University, enactogens produce both stimulant and hallucinogenic effects. Ecstasy, originally developed as a weight loss remedy, was soon made illegal in 1985 due to its high potential for abuse and addiction.

Someone addicted to ecstasy has all but depleted the brain’s supply of serotonin, an essential neurotransmitter chemical. Serotonin plays a pivotal role in regulating thinking processes, emotions as well as maintaining normal bodily functions.

Once a person stops using ecstasy, the drug’s damage to overall brain function poses the greatest challenge to his or her recovery efforts. Ecstasy rehab works to address both the physical and psychological damage caused by long-term drug use.

In actuality, inpatient and outpatient ecstasy rehab programs offer the same types of treatment interventions, some of which include:

Anyone who’s developed an addiction to ecstasy has lost control over their ability to abstain from using. Not only has the body become physically dependent, but the mind has come to view ecstasy as an essential daily requirement, much like it views food and water, according to the National Institute on Drug Abuse.

For addicts, the structure and monitoring provided by inpatient programs is essential to following through in the recovery process. In effect, inpatient programs provide recovering addicts with the type of foundation needed to maintain abstinence on a long-term basis.

Even after the body’s physical dependency on ecstasy has been broken, long-term ecstasy use has all but warped the brain’s motivation and reward pathways. These effects can stay with a person for months, or even years into the recovery process. Without ongoing treatment help, a person remains at a high risk of relapse.

The overall goal of outpatient ecstasy rehab works to replace compulsive drug-using behaviors with healthy coping skills and behaviors. While inpatient programs address these issues as well, outpatient treatment enables a person to remain engaged in the recovery process, which is essential to ongoing sobriety.