Although ecstasy is seen as a party or club drug that is only taken in social situations, some people develop an addiction to the drug and need help from an ecstasy rehab to stop taking the drug.

Ecstasy also known as, the love drug, X, Adam and beans, is a manmade stimulant that can lead to serious health problems if a person continues to use the drug for long periods of time.

The Popularity of Ecstasy

Ecstasy usage is most prominently seen in adolescents and young adults. The reason behind this is because the majority of people who take ecstasy do it at parties and clubs to heighten their senses and to experience more pleasure while at the party or club.

Ecstasy increases a person’s senses and affects a person’s brain chemistry causing them to feel happier and more alert. A person on ecstasy typically likes stimuli to look at and will like to be close to other people. They typically will want to touch other people and many times when they are very stimulated by something they will go on a ‘trip or roll’ which will fill them with an intense rush of pleasure. 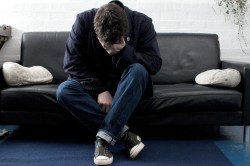 Ecstasy rehab is for anyone that is suffering from an addiction to ecstasy.

First and foremost, a person taking ecstasy can overheat their body causing damage to their organs. While on ecstasy many people will grind their teeth, which in many cases cause damage to a person’s mouth. In addition, ecstasy raises blood pressure and increases a person’s heart rate which can lead to a heart attack or extreme anxiety even after the drug’s effects have past.

Additional problems that can ensure from ecstasy usage according to www.taadas.org include, psychological difficulties, including confusion, depression, sleep problems, drug craving, severe anxiety, and paranoia.

Ecstasy is also a dangerous drug to take due to the fact that it is manmade and therefore a person taking it is not exactly sure on what is in the drug when they are taking it. Ecstasy is not a prescription pill or an herb; it is completely created from people mixing different ingredients together, including MDMA which is the main ingredient in ecstasy.

A person who enjoys the effects of ecstasy may begin to take ecstasy on a consistent basis. If a person begins to crave and use the drug every day then they may need to seek out help in stopping their addiction to ecstasy. An ecstasy rehab will provide a person with the supervision they need as well as a medical team that will help them come off of the drug in a safe and resourceful environment. Ecstasy addiction can drastically impact a person’s life and being that the drug effects a person’s brain chemicals as well as their physical body it is in a person’s best interest to get rid of their addiction to the drug to prevent serious medical complications from occurring. An ecstasy rehab will provide the resources for a person to come clean as well as stay clean when they leave, which is why an ecstasy rehab is a good choice for an ecstasy addict.