An addiction to the prescription pain reliever hydrocodone can have destructive effects mentally, physically and socially. According to the Drug Enforcement Administration, “long term use [of hydrocodone] can lead to dependence and addiction.” By recognizing hydrocodone abuse symptoms, you can seek treatment options for yourself or someone else who is addicted to this powerful narcotic. Common examples of this drug include Vicodin and Lortab.

The symptoms hydrocodone use often include:

When you abuse hydrocodone, mood swings are frequent. You quickly turn from euphorically cheerful to angry, at the drop of a dime. Depressive moods come often, as do negative images of yourself. 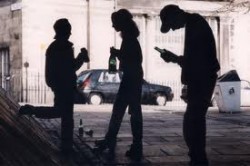 In addition, abusers of this drug often feel an increase in anxiety as compared to before it became habit-forming. Overall, these mood swings are unpredictable and happen quickly. The mental health changes are ones you can’t miss.

Negative changes to social behaviors are also possible symptoms of abuse of hydrocodone. Social isolation is an example. You may spend more time alone than before the addiction, withdrawing from social activities with friends and families.

Often, the social isolation is related to a reduced interest of the abuser in maintain relationships. It also may be connected with a negative self-image. Another reason for the desire for isolation is that you want to take the drug in private so that the habit is not discovered by anyone.

In addition, you may note that a friend goes through cash rather quickly or quicker than in the past. As the frequent use of this narcotic can be costly, this makes sense. If you notice that a friend who usually, has ample cash is now broke only a day after payday, this may be a symptom of hydrocodone abuse.

The physical changes associated with abusing hydrocodone are symptoms that you can’t miss. They include the reoccurrence of stomach pain and nausea. Vomiting from the nauseous feeling may occur too.

These physical effects occur because the drug compromises the way the body normally functions. Other bodily symptoms of hydrocodone abuse that you may spot in yourself or someone else include constipation, trouble urinating, itchiness, dry throat and blood clotting problems. You may also feel lightheaded or have slow breathing.

Hydrocodone abuse symptoms you can’t miss the range from frequent nausea to extreme mood swings. The signs of abuse of the painkiller are physical, social and emotional. To get successful long-term treatment, reaching out to a hydrocodone abuse facility is a great first step.